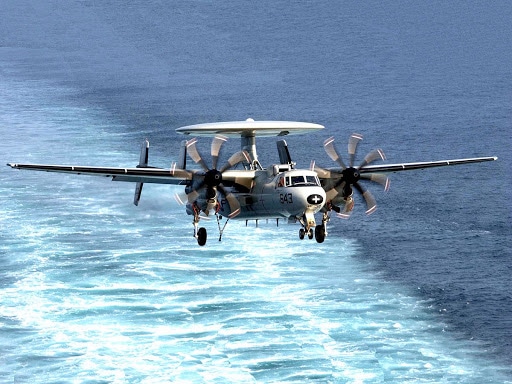 On monday, the U.S. State Department announced that it has approved almost $7.5 billion in potential foreign military sales to five different countries including Israel, Argentina, France, Lithuania and Indonesia. Within the scope of the FMS, the sale of three E-2D Advanced Hawkeye Air Early Warning and Control (AEW&C) aircraft for France has become official, Defense Security Cooperation Agency announced.

“The E-2D aircraft will continue and expand French naval aviation capabilities and maintain interoperability with U.S. naval forces,” the DSCA announcement read. “As a current E-2C operator, France will have no difficulty absorbing this equipment and support into its armed forces.”

Primary work will be done at Northrop Grumman’s Melbourne, Florida, location. There will be industrial offsets required in the future, but those have not been defined at this point. This is the first DSCA notification of an arms sale to France since at least September 2017, as the country prefers to rely on its domestic arms industry.