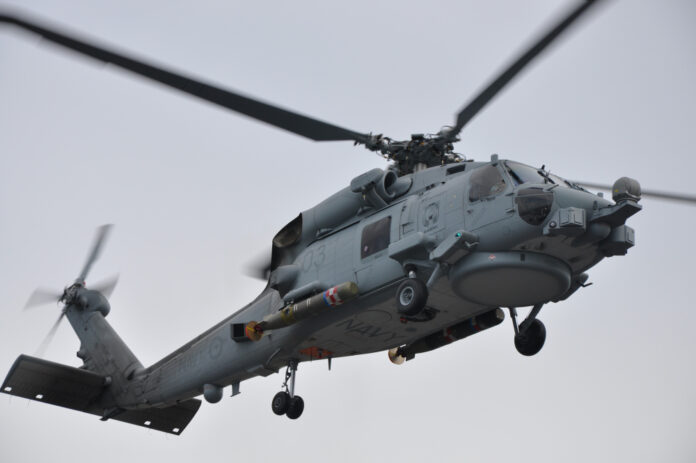 The United States approved a potential sale of 12 MH-60R multi-mission helicopters to South Korea worth $800 million, the US Defense Security Cooperation Agency (DSCA) said in a statement.

“The State Department has made a determination approving a possible Foreign Military Sale to the Republic of Korea of MH-60R Multi-Mission Helicopters with support for an estimated cost of $800 million,” the DSCA said on Wednesday (7th August).

South Korea has requested for 12 examples of the aircraft type. The airframes will each be installed with the APS-153(V) multi-mode radar, T-700-GE-401C engines, airborne low frequency sonar system, AN/AAS-44C(V) multi-spectral targeting system, and embedded global positioning and inertial navigation systems.

The proposed sale, the release added, will improve the South Korean navy’s capability to perform anti-surface and anti-submarine warfare missions.

Seoul will use the enhanced capability to deter regional threats and boost homeland defense, according to DSCA.

The MH-60R was originally known as “LAMPS Mark III Block II Upgrade” when development began in 1993 with Lockheed Martin (formerly IBM/Loral). Two SH-60Bs were converted by Sikorsky, the first of which made its maiden flight on 22 December 1999. Designated YSH-60R, they were delivered to NAS Patuxent River in 2001 for flight testing. The production variant was redesignated MH-60R to match its multi-mission capability. The MH-60R was formally deployed by the US Navy in 2006.