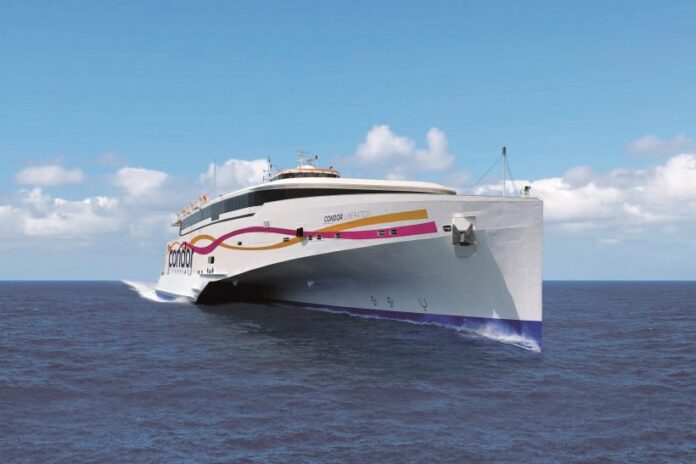 The U.K.  Ministry of Defence is to procure two civilian passenger ferries or cargo vessels and convert them into warships, the defence secretary has announced.

In a speech on Monday (Feb 11), Gavin Williamson signalled a shift in Britain’s approach to purchasing new military equipment, setting out plans to give the country’s armed forces “the right capabilities as quickly as possible”. With the Ministry of Defence facing a £15bn funding gap in its equipment budget over the next decade, Mr Williamson and his military chiefs are grappling with ways to build the UK’s military capabilities at the same time as cutting costs.

The two new vessels will be adapted from old ferries or container ships and would be fitted with state of the art command and control capabilities, helicopters, fast boats and be able to carry up to 400 commandos. The ships would be forward deployed away from the UK permanently and form part of a bigger strike force with other amphibious assault ships such as HMS Bulwark and HMS Albion.

Mr Williamson also said the new aircraft carrier, HMS Queen Elizabeth, would be deployed to the Pacific. However, Mrs May’s spokesman said “Full details of the deployment will be agreed by the prime minister in due course,” and he added that while the carrier would be dispatched to the Mediterranean, Middle East and Pacific, precise details had yet to be confirmed.