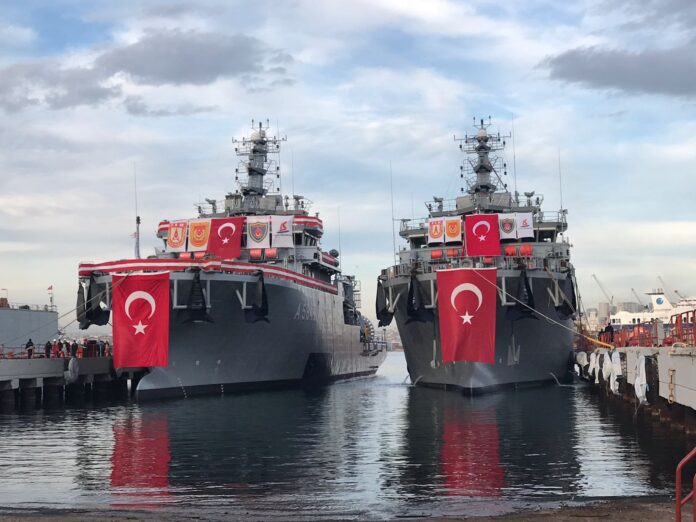 Turkish Navy’s new rescue and towing ship, TCG AKIN (A-584), has been delivered to the navy, with a ceremony held on Dec 29, at Istanbul Shipyard .
She is the second ship of this type  and will serve with her sister ship, TCG IŞIN, which commissioned on July 22, 2017.
One of the main mission of this new type ship is to rescue submariners from damaged or sunk submarines.
The ship has divers, ROV (Remotely Operated Vehicle) and ADS (Atmospheric Diving Suit). Ship is also capable to tow surface ships and with her own/mobile equipment she is capable to rescue wrecks from depth of 3000 metres.
TCG AKIN replaced former TCG AKIN which had retired on November 2017. Former TCG AKIN was inherited from US, it was formerly named USS Greenlet and was built during Second World War. It had joined Turkish Navy in 1970. 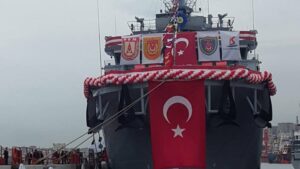