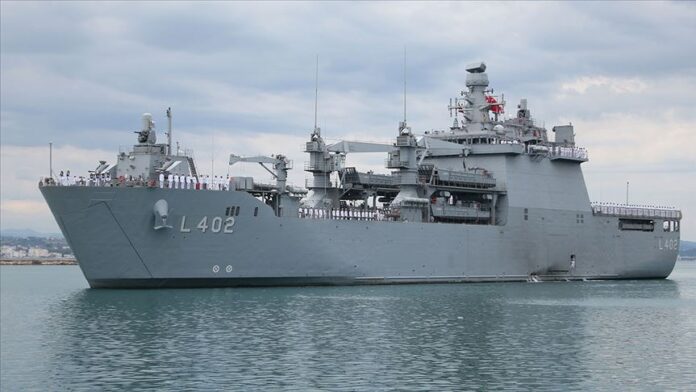 Approximately 139 meters in length, including 220 students from the Naval Academy, including a crew of 400 people TCG Bayraktar’s visit to Albania reception will be held. The visit was aimed at increasing the cooperation between the two countries to provide training to the students of the Naval Academy.