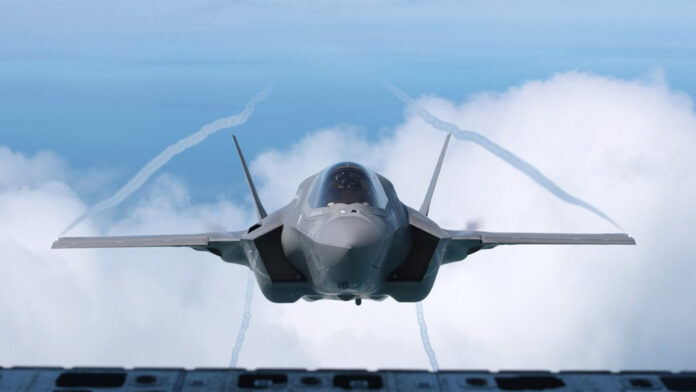 The tension between Turkey and the United States about Turkey’s S-400 air defense system purchase has been lasting and increasing for about a year. Turkish authorities have been declaring that they urgently need an air defense system. When they ask the U.S. to procure Patriot air defense system, the U.S. parliament vetoed the sale. After that Turkey considered other options and decided to have S-400 long-distance air defense system from Russia. This issue disturbed U.S. and NATO, because they think that S-400 system, which is manufactured by their most important rival of NATO, is not convenient with NATO infrastructure, moreover, they are concerned that S-400 system would be an intelligence source for Russia about NATO systems, particularly the newest and most sophisticated aircraft, F-35.

We heard lots of threatening from the U.S. side to apply CAATSA (countering America’s adversaries through sanctions act) and remove Turkey from the F-35 programme. Turkey didn’t step back, and tried to make further talks about the issue, offered to gather a joint committee to investigate if S-400 is not convenient for NATO. But this is not accepted by the U.S.

After transfer of S-400 to Turkey has begun, authorities from the U.S. commented about their disappointment. Unlike Pentagon, President Trump claimed that former U.S. headquarters behaved Turkey unfairly and left them choiceless about air defense system.

Ellen Lord, the US Department of Defense’s undersecretary of defence for acquisition and sustainment, and David Trachtenberg, Deputy Under Secretary of Defense for Policy, held a Pentagon press briefing after the announcement to flush out the details of what this will mean for the programme but deferred to discuss potential sanctions.

“Turkey cannot field a Russian intelligence-collection platform in proximity to where the F-35 programme makes repairs and houses the F-35,” Lord told reporters. “Much of the F-35 strength lies in its stealth capabilities so the ability to detect those capabilities would jeopardize the long-term security of the F 35 programme.”

What are the possible effects of this decision for Turkey?

This is the subject of an another article. However, summarizing the possible effects would be proper under this issue.

First of all, we can say that the Turkish defense industry took big damage. Because, more or less 800 pieces of F-35 were going to be manufactured in Turkey, so that, Turkey established new factories for production, invested about 1 billion dollars. During the programme, the Turkish aviation industry companies had aimed to earn about 9 billion dollars. This decision would possibly be devastating for them.

Another issue is about Turkey’s under-construction LHD (Landing Helicopter Dock), TCG ANADOLU, which is the prestige project of the Turkish Navy. TCG ANADOLU is planned to carry STOVL (Short Take off and Vertical Landing) variant of this aircraft ,  the F35B.  The ship’s flight deck is designed for F-35B. After Turkey’s removal from the programme, now it is a big problem for Turkish authorities to solve, what kind of aircraft will
TCG ANADOLU carry? Turkey doesn’t have so many choices for that. Another type of STOVL aircraft is British-made Harriers, but they completed their life cycle. Of course, TCG ANADOLU will be the most strategic unit for Turkish Navy and it’s not designed only to carry aircrafts. She will carry drones, attack helos, amphibious assault equipment etc. But if she won’t carry STOVL aircrafts, she will lose one of it’s significant capability.

After U.S. decision about Turkey’s removal from F-35, Russia made an immediate offer Turkey, and they told that they are ready to sell Turkey SU-35 aircraft. Turkish side didn’t reply to Russia but procuring Russian aircraft would be a milestone and might cause Turkey to be apart from NATO. And the purchase of SU-35 will not remedy for TCG ANADOLU because they don’t have STOVL capability.

Following days seems to be interesting…