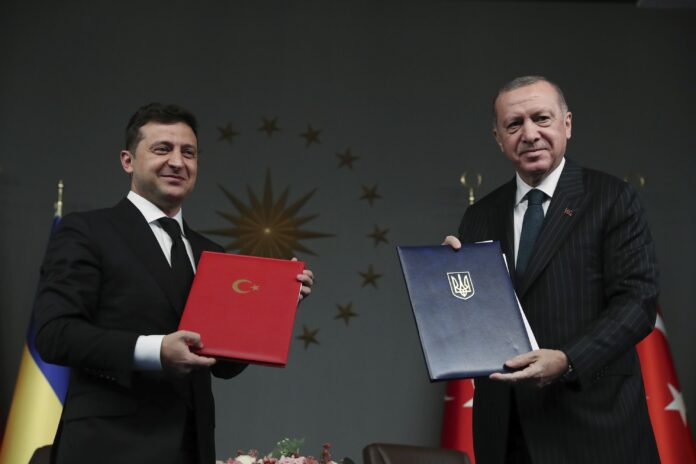 Turkey and Ukraine signed new documents of military cooperation during the Ukraine President’s visit to Turkey on 16th October. Two countries set to boost the bilateral relationship to the strategic partner level.

The memorandum enshrines the desire of Ukraine and Turkey to develop their defense-industrial programs and strengthen defense capabilities, as well as to establish mutually beneficial long-term cooperation based on mutual respect and consideration of each other’s interests. The document outlines the intentions of the parties to launch and implement joint projects for the construction of warships, UAVs and all types of turbine engines.

According to the military experts, Turkey will build engines for warships and aircraft indigenously after this agreement.

Under an agreement signed during the visit, Turkey pledged to provide 205 million liras ($25.8 million) to help Ukraine meet its military needs.

The two countries also agreed to increase bilateral trade to $10 billion and $20 billion, significantly higher than the $5 billion recorded in 2019.

The leaders also called for negotiations on a free trade agreement that have been ongoing since 2012 to be concluded this year.