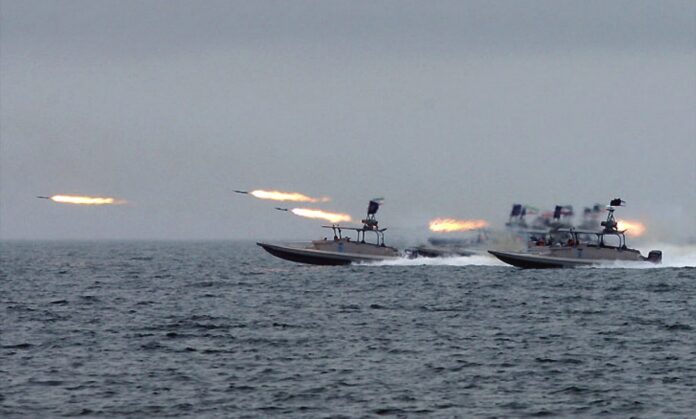 US President Donald Trump has given the US Navy to “shoot down and destroy” Iranian vessels “if they harass our ships at sea” in a tweet.

President Donald Trump said on Wednesday he had instructed the U.S. Navy to fire on any Iranian ships that harass it at sea, a week after 11 vessels from Iran’s Islamic Revolutionary Guard Corps Navy (IRGCN) came dangerously close to U.S. ships in the Gulf.

“I have instructed the United States Navy to shoot down and destroy any and all Iranian gunboats if they harass our ships at sea,” Trump wrote in a tweet, hours after Iran’s Revolutionary Guards Corps said it had launched the country’s first military satellite into orbit.

Tensions have been increasing in the Hormuz Straits in recent times, including the harassment of US naval ships.

On April 14, the Hong Kong-flagged SC Taipei was reportedly boarded while between Fujairah and the Iranian port of Bandar Jask.

The chemical tanker was in international waters when it was seized. It began heading towards the Iranian coast but was released fairly quickly and allowed to continue on its way.

The US Navy complained of 11 Iranian vessels carrying out “dangerous and harassing approaches” on a number of its ships on April 15. The US naval vessels were carrying out joint operations with Apache attack helicopters in “international waters of the Persian Gulf”.

Iranian vessels “repeatedly crossed the bows and sterns of the US vessels at extremely close range and high speeds”, including coming within 50 yards of the USS Lewis B. Puller and within 10 yards of the USCGC Maui’s bow.

The Islamic Revolutionary Guard Corps Navy (IRGCN) carried out these manoeuvres for around an hour, the US Navy said, before backing off to a more appropriate distance.

US forces have been carrying out joint operations in the area since late March. The statement said its commanding officers retained the right to act in self defence – but Trump’s tweet adds more weight to the situation.

Trump has warned of conflict with Iran in the past. On April 1, the president in a tweet said “Iran or its proxies” were working on a planned attack on US troops in Iraq. “If this happens, Iran will pay a very heavy price, indeed!”