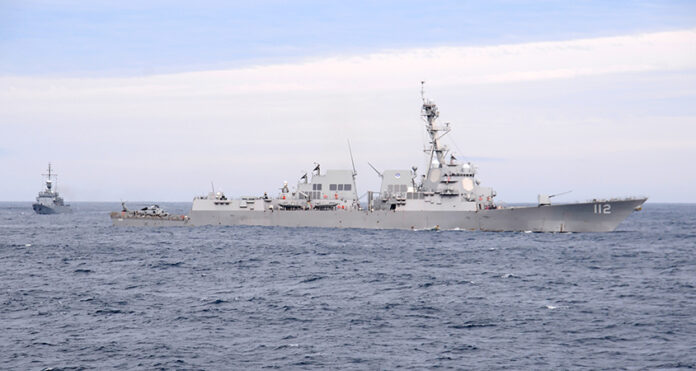 Brazil will host Operation UNITAS LX, the oldest multinational maritime exercise, which has been organized by the United States since 1959. The exercise will be conducted between 19-30 August 2019.

For the first time this year, UNITAS will focus on testing regional maritime cooperation capacity in “humanitarian relief” and “natural disaster response” scenarios.

In addition to the United States and Brazil, Argentina and Peru will contribute ships and aircraft. Chile, Colombia, Ecuador, Mexico, Panama, Paraguay and the United Kingdom will participate with their delegations, while Japan and Portugal will be observing, thus totaling 13 nations, 14 ships or vessels, one submarine, eight helicopters and five fixed wing aircraft.

In parallel with UNITAS, the US military will also participate in two social actions in partnership with the Brazilian Navy, both on the 20th. The first is a cleanup effort on Icaraí beach in Niterói. The second action will take place at AquaRio, where military personnel from all participating UNITAS delegations will interact with 60 children from social projects of Rio de Janeiro NGOs and 35 students from the bilingual CIEP Presidente Agostinho Neto municipal school, during a day of various activities. The transportation of children will be offered by the non-governmental organization Partners of Education Partners RJ.

All preparations are done for the exercise. We are looking forward to watch excellent videos from drills.