navalpost
Home Miscellaneous The U.S. and Chinese navies may encounter in the South China Sea 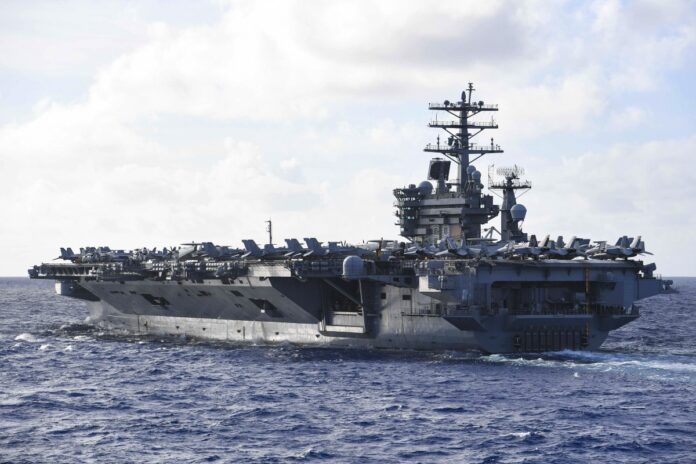 Two US aircraft carrier strike groups were conducting exercises in the disputed South China Sea on 4th July, the US navy said, as China also carried out military drills that have been criticized by the Pentagon and neighbouring states.

The USS Ronald Reagan, the USS Nimitz and four other warships will hold large-scale exercises in the South China Sea starting on Saturday, according to the report, which cited Rear Admiral George Wikoff, commander of the operation. The exact location was not disclosed.

“The purpose of the planned exercises is to show an unambiguous signal to our partners and allies that we are committed to regional security and stability,” Wikoff said, according to the report, which also said the operation would include “round-the-clock flights testing the striking ability of carrier-based aircraft”.

According to South China Morning Post China dismissed the US criticism of its drills on Friday and suggested the United States was to blame for increasing tensions.

US carriers have long carried out exercises in the Western Pacific, including in the South China Sea, according to the US navy. At one point recently, the United States had three carriers in the region.

China announced last week it had scheduled five days of drills starting July 1 near the Paracel Islands, which are claimed by both Vietnam and China.

Vietnam and the Philippines have also criticized the planned Chinese drills, warning they could create tension in the region and impact Beijing’s relationship with its neighbours.