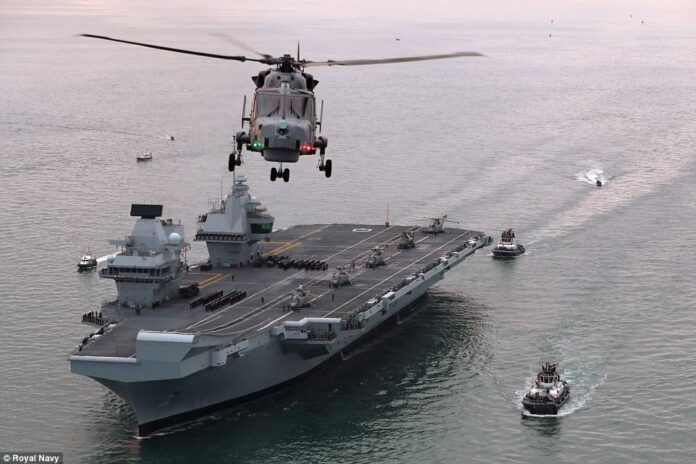 The Queen has officially welcomed the UK’s new aircraft carrier, HMS Queen Elizabeth, at a ceremony to commission it into the Royal Navy fleet.
The monarch boarded her namesake ship in Portsmouth to see the Royal Navy White Ensign raised on the vessel for the first time.
Princess Anne, Defence Secretary Gavin Williamson and First Sea Lord Admiral Sir Philip Jones also attended.
The ceremony took place on the giant hangar deck of the £3.1bn carrier.
HMS Queen Elizabeth and its sister ship HMS Prince of Wales are the most expensive in the Royal Navy’s history.
The navy initially estimated both ships would cost £3.5bn to build but the total figure was revised to £6.2bn .
About 3,700 guests attended the event, which came more than three years after the vessel’s official naming ceremony in Rosyth when the Queen broke a bottle of whisky on its hull. 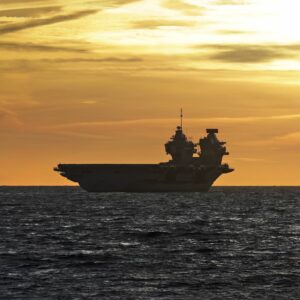 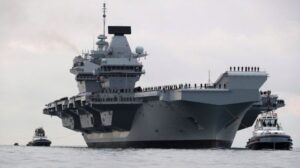