navalpost
Home Miscellaneous The Netherlands to Send Frigate to French-led Task Group at the Persian... 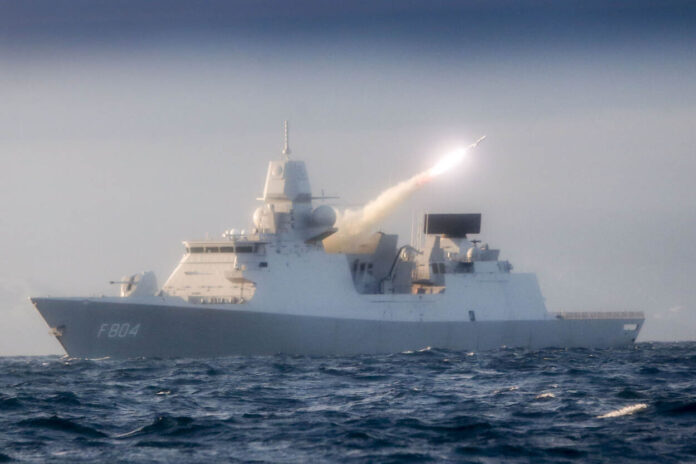 The Dutch government has announced on 29th November that it would contribute a frigate to the European-led mission in the Strait of Hormuz (EMASOH) from the end of January to the end of June amid regional tension with Iran.

The Dutch contribution will consist of the frigate Zr. Ms. De Ruyter with an onboard helicopter and the secondment of a number of staff officers to the mission’s headquarters.

The mission will also focus on the diplomatic de-escalating of tensions and this is ‘in line with the Netherlands’ own points of departure, aiming at an integrated approach to maritime security in the Gulf region,’ the statement said.

“Tensions in the Gulf region have risen steadily higher in recent months,” the Defense Ministry said, adding that incidents that disrupt shipping and raise uncertainty have direct consequences for the world economy including for Dutch shippers. “This has an immediate impact on Dutch economic and security interests. Safeguarding the free and safe passage of all maritime traffic in this part of the world is therefore in the Netherlands’ interests.”

Denmark, Italy and Spain are among countries that have previously expressed interest in joining the French-led initiative.

It was still uncertain on Friday if Germany would join.

The European-led maritime force is meant to ensure safe shipping in the Strait after tanker attacks earlier this year that the United States blamed on Iran.

HNLMS De Ruyter (Dutch: Zr. Ms. De Ruyter) is a De Zeven Provinciën-class frigate of the Royal Netherlands Navy. She was laid down in 2000, launched in 2002, and commissioned in 2004, the third ship of her class to enter service.

As built, she displaces 6,050 tonnes when under full load and has a length of 144 meters, a beam of 18.8 meters and a draught of 5.18 meters. Aboard is a typical crew of 174 which can increase to 227. Supported systems include the Thales Nederland SMART-L long-range air-surface surveillance radar, the Thales Nederland APAR air-surface search, tracking/guidance I-band radar, and the DECCA NAV navigational radar. Thales Nederland also supplies the Scout surface-search/navigation set, the Sirius IRST long-range InfraRed (IR) surveillance/tracking unit, and the Mirador optical surveillance/tracking system. The hull-mounted sonar fit is an Atlas Elektronik DSQS-24C and the MK.XII is the ship’s IFF system.