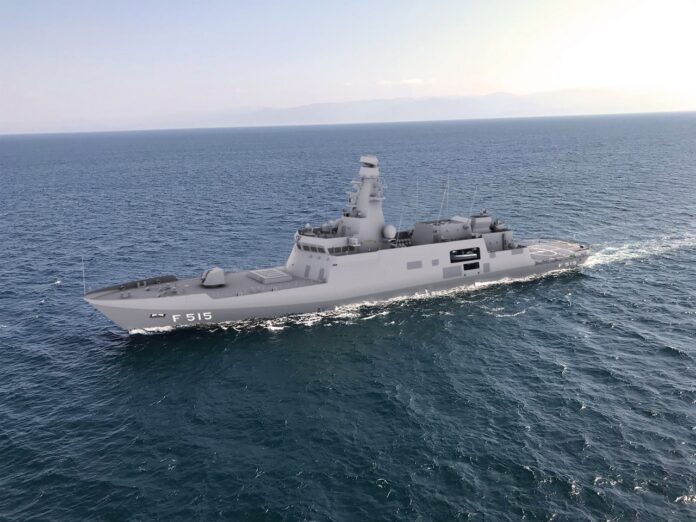 The contract for the procurement of the 5. MILGEM (National Ship) (I-Class Frigate) which is the first ship in this concept has been signed between the Turkish Presidency of Defence Industries and STM A.Ş. as of the 27th of September 2019 and the project calendar has been launched.

STM, a leading Turkish defense firm, which has been conducting warship construction and modernization activities at home and abroad, has carried out successful works with nearly 300 system providers and more than 400 subcontractors within its projects.

The first of the I-Class frigates, Istanbul, which is the continuation of the MILGEM Project, will have a higher locality rate than previous ships.

The I-Class Frigate Project was started with existing domestic companies that have worked for the MILGEM Class corvettes Project previously.

To increase the locality rate, new local companies were included in the project, which is capable to meet the specified technical requirements of foreign products/systems.

Currently, two-thirds of the around 80 subcontractors are domestic companies. The majority of STM’s suppliers involved in the project located in the Istanbul and Kocaeli regions. There are subcontractors in Ankara, Izmir, and Eskişehir as well.

Integrated work and coordination with subcontractors allows these companies to further develop their systems for future projects.

The goal of the localization rate has increased

While the MILGEM (ADA Class) corvettes reach nearly 72 percent locality rate in the platform systems (except the main propulsion system), it is aimed to increase indigenization at least 75 percent for the I class frigates.

The I-Class frigates are 13 meters longer than ADA Class corvettes and equipped with enhanced weapons and systems.

STM is planning to export I-Class frigates to the foreign countries, as we have seen in ADA Class corvettes before.

The first of the I-class frigates, TCG ISTANBUL is under-construction in Istanbul Naval Shipyard. The ship is expected to be launched in January 2021. Following the equipment integration activities, it is planned to start harbor acceptance tests in May 2022, sea trials in January 2023, and commissioning in September 2023.

STM keeps working on all kinds of design, engineering, and system-material procurement activities related to the ship’s construction and equipment.