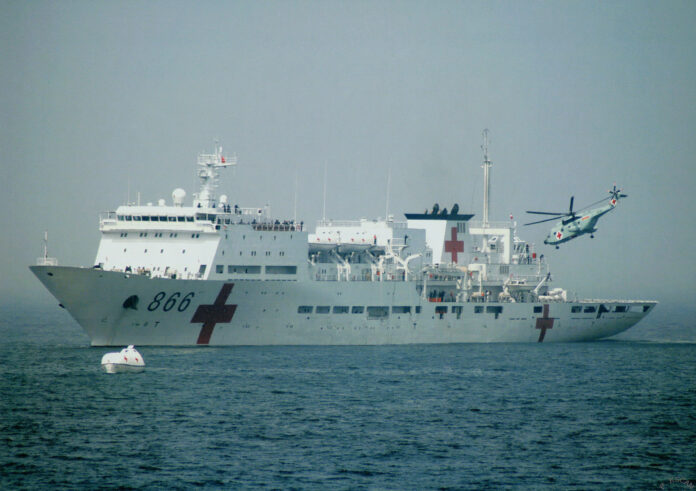 The Chinese naval hospital ship Peace Ark has finished its eight-day humanitarian medical service in Timor-Leste and left the Dili Port for home.
During its stay in Timor-Leste till Thursday, a total of 7,289 people were treated by Chinese doctors.
The Prime Minister of Timor-Leste Mari Alkatiri made a visit to the ship and accepted health examination on Dec. 17.
Alkatiri said he appreciated Chinese doctors for the warm and attentive treatments and he believed in their medical skills just like believing in China.
The President of Timor-Leste Francisco Guterres, also known as Lu-Olo, and his wife also boarded  Peace Ark and visited the veterans being treated in the ship.
The president was very excited when he saw shrapnels being surgically removed out of a veteran’s body.
Lu-Olo praised that Peace Ark had made great contributions to the veterans of Timor-Leste.
Peace Ark implemented humanitarian medical services around the world, which reflected the international responsibility of China as a main power, he added.
Peace Ark set sail from Zhoushan, China on July 26 for humanitarian medical services. It arrived in Timor-Leste, the last leg of its mission on Dec. 14 after visiting seven African countries, including Djibouti, Sierra Leone, Gabon, the Republic of Congo, Angola, Mozambique and Tanzania.
Since 2008, Peace Ark has visited over 30 countries and provided free medical services for over 170,000 people.