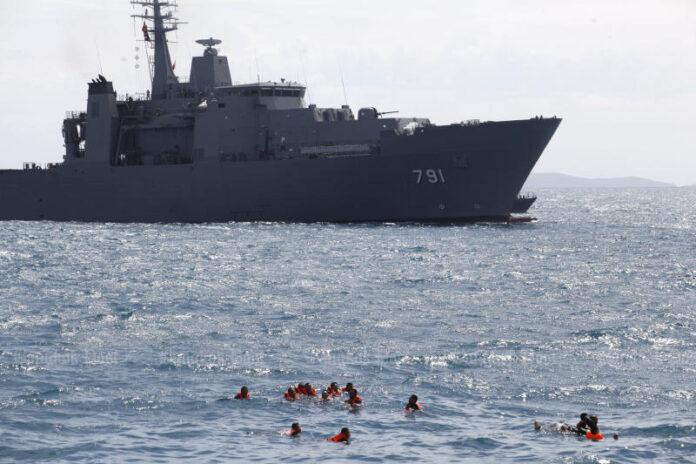 The Royal Thai Navy (RTN) has signed a contract of procurement Chinese  Type 071E (Yuzhao)-class landing platform dock (LPD). The deal was signed in Beijing on 9th September and is reportedly worth THB4 billion (USD130 million).

The new helicopter-capable LPD is expected to be delivered in the early 2020s and will be operated by the RTN as a multirole vessel involved in operations including territorial surveillance and patrol, training, logistics and troop carrying, and disaster relief.

The HTMS Angthong is currently the navy’s only existing amphibious transport dock.

The ship, which was built in Singapore for 4.9 billion baht, has been used on numerous missions.

The signing ceremony for the second LPD was held in China’s Beijing and attended by Adm Chorchat Krathes, the navy’s special adviser and deputy commander-designate.

Adm Luechai said the second LPD will not only help relieve the burden of HTMS Angthong, but also accommodate operations of a Yuan Class S26T submarine which is under construction.

The cabinet approved the first purchase of a Yuan Class S26T submarine worth 13.5 billion baht from China in 2017, and the vessel is expected to be in service by 2023.

A source said the navy plans to set up 12 more agencies as part of a restructuring process, following the introduction of the 2019 law on maritime security protection.