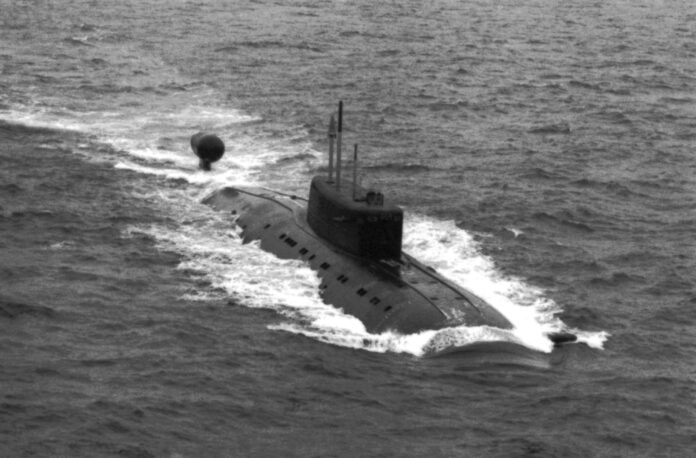 According to the intelligence gathered from the Norwegian Army, more than eight nuclear-powered submarines sailed out from their homeports on the Kola Peninsula last week.

On Saturday (28th Oct.), the Barents Observer reported about two of the Sierra-class submarines of the Northern Fleet sailing towards the Norwegian Sea for deep-sea dive tests and weapon tests. The two submarines are the «Pskov» and «Nizhny Novgorod», both built with a titanium-hull. Eight of the ten submarines now at sea are nuclear-powered, the intelligence service says.

At a common strategic look, movements of the submarines are considered as remarkable incidents. Because when the tension increases, submarines leave homeports and proceeds to the positions in accordance with their country’s plans. But the possible aim of the massive operation is to get as far out to the North Atlantic as possible without being discovered by NATO in order to test whether NATO detects the submarines. Such manoeuvres haven’t been seen from the Northern Fleet since the days of the Cold War.

The operation started early last week, before Russia’s Foreign Minister Sergey Lavrov and Commander of the Northern Fleet, Vice-Admiral Aleksandr Moiseyev visited Kirkenes in northern Norway last Friday. Lavrov had bilateral talks with his Norwegian counterpart Ine Eriksen Søreide and the two said at the following press conference that the security situation in northern Europe was one talking point. The manoeuevres of the submarines while this meeting is quite meaningful.

Moreover, the Russian nuclear submarine fleet located in the North Atlantic have a heavy active-duty first time since the Cold War. Having Nuclear power is the backbone of the Russian deterrence, we should consider the movement the submarine is the showing off the power. Before Geneva Summit, by showing hard muscle, Russia wants to have all cards opened. Besides, Syria, Donbas agreement, pipeline negotiations are also on the table. By showing off the submarines, Russia is trying to give a message to the world  that “without me, there is no conclusion anywhere in the world”.

We wonder the answer of the NATO to this seductive operation.