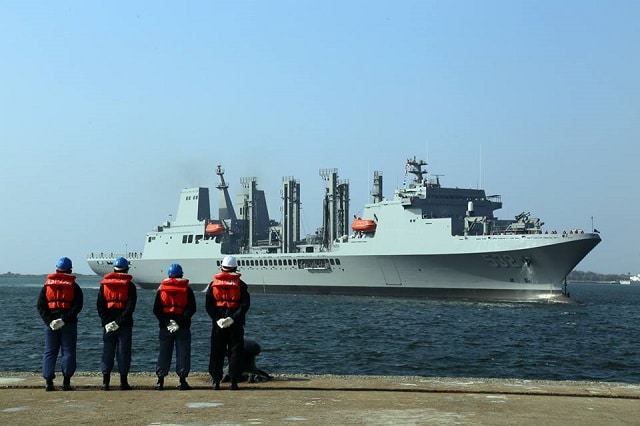 Taiwan Navy apologized for a cluster infection of the new coronavirus disease (COVID-19) (possibly happened on a goodwill mission in the Pacific) at a Central Epidemic Command Center (CECC) briefing on 19th April. Deputy Commander of the Taiwan Navy made the apology, but he highlighted that the incident would not affect the Taiwan Navy’s combat readiness.

As of Sunday (19th april), 24 people on the mission had been confirmed as having COVID-19, the first cases of the disease to hit Taiwan’s military.

The infected sailors were all serving on the Pan Shi Fast Combat Support Ship (A-532), part of a three-ship flotilla that visited Palau from March 12 to 15 for this year’s goodwill and midshipmen training mission.

The flotilla returned to its home-port in Zuoying (in southern Taiwan) on April 9, but people on the ships could not disembark until April 15 because of the CECC requirements.

One of the criticisms of the mission has focused on photos circulating on social media of participants in the mission not wearing masks while taking part in outdoor activities in Palau.

Deputy Commander of the Taiwan Navy said that the decision was made after consulting with Taiwan’s embassy in Palau, as no COVID-19 cases had been reported in the Pacific nation at that time.

The question over not using masks was raised despite uncertainty over where the infections originated.

At the same time, Vice Defense Minister said that the flotilla brought roughly 30,000 masks on the trip, enough for every person to have about a mask per day for 45 days. Moreover, there were other health protection items such as alcohol and protective clothing onboard, he added.