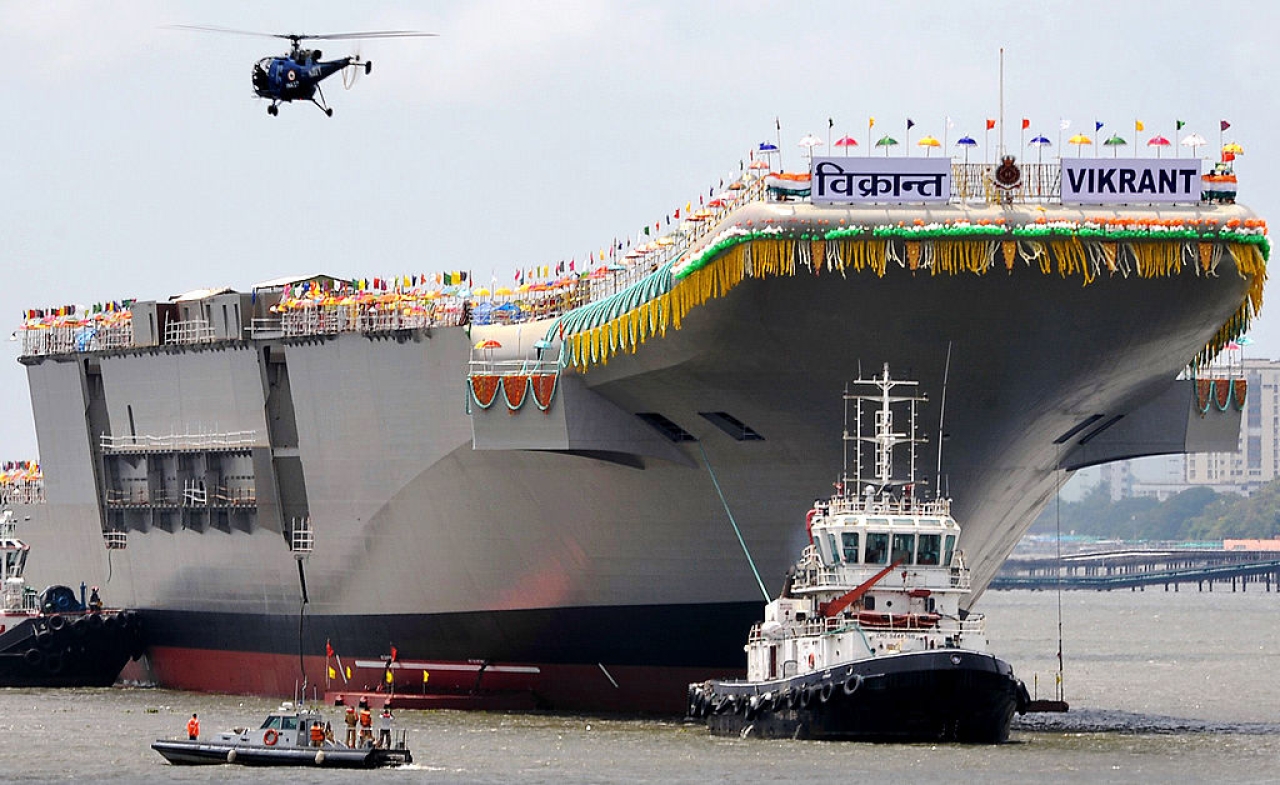 The main structural and outfitting work of India’s first indigenous aircraft carrier (IAC), INS Vikrant, has been completed, the government said on Monday, while admitting that the ship’s targeted delivery was affected due to delay in the supply of aviation equipment by Russia.

Minister of State for Defence of India said, “Major structural and outfitting work of Indigenous Aircraft Carrier (IAC) has been completed.”

“Major milestone activities including starting of Main Propulsion machinery and trials of Power Generation machinery have been completed. Trials of other ship’s equipment and systems are presently in progress.” he added.

On the reason for delay in the completion of the project as compared to the initial timelines, he said, “the ship’s targeted delivery was affected due to delay in supply of aviation equipment from Russia.”

The carrier was to be completed by 2018. The defence ministry had then said that the IAC is in a very advanced stage of construction and is scheduled to commence basin trials in early 2020 followed by the sea trials by mid 2020. The basin trials are conducted for proving the propulsion, transmission and shafting systems. The ministry also said that the IAC construction is in an advanced state with the start of all four gas turbines and main engines. IAC had successfully completed the pre-contractors sea trials dry dock work package in Dec 2019.

Indian Navy Chief Admiral Karambir Singh in December had said that the navy will take delivery of the carrier by February-March 2021. Thereafter, the work for deck based fighters, the MiG-29K, will take place. He added that by 2022 the navy will have a fully operational carrier.

Having a second indigenous aircraft carrier also remains a priority for the navy. Singh had said this will be a 65,000 ton carrier with CATOBAR (Catapult Assisted Take-Off But Arrested Recovery) with full electric propulsion. He added that the broad contours of the IAC-II have been formulated and the navy will go to the government for getting the Acceptance of Necessity. Singh added that the navy will have to get into consultancy with countries like the US and UK.

The navy has a requirement of three aircraft carriers in view of India’s adversaries– China and Pakistan–so that two are operational at all times. But the need comes amid a fund crunch for the navy that has forced it to rationalise and reduce its critical requirements. The capital outlay for modernisation as part of the defence budget for 2020-21 too has seen only a marginal increase over last year.