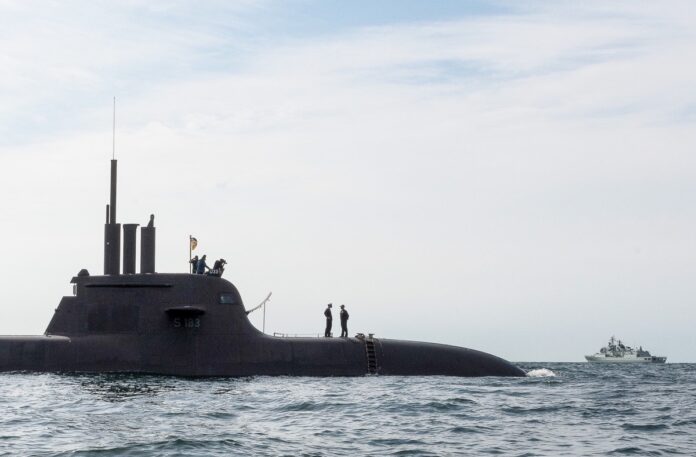 Standing NATO Maritime Group 1 (SNMG1) has wrapped up their participation in the German exercise ‘Gerex’ in the Baltic Sea between 2-7 September 2020.

SNMG1, composed of the flagship NRP Corte-Real and the Canadian frigate HMS Toronto, participated in the exercise together with several German naval units, including the submarine U33, and the Estonian mine-hunter Ugandi.

The exercise, lead by the Commander of the German 1 Flotilla, brought together several assets from four different NATO countries.

During several days at sea, a vast ensemble of naval training was conducted focused mainly on surface, subsurface and above-water warfare. The presence of FGS U33 was of high value to train and improve SNMG1 skills in anti-submarine warfare areas.

The Commander of SNMG1, Commodore Jose Mirones, visited both the FGS U33 and the Commander of the German Task Group, on board the FGS Werra, to express gratitude for the opportunity to join this demanding national exercise.

“The maintenance and demonstration of operational effectiveness through exercising is an essential part of the deterrent value of SNMG1. Thank you very much to the German Navy for this outstanding opportunity and for the professional attitude of all the players,” said Commodore Mirones.