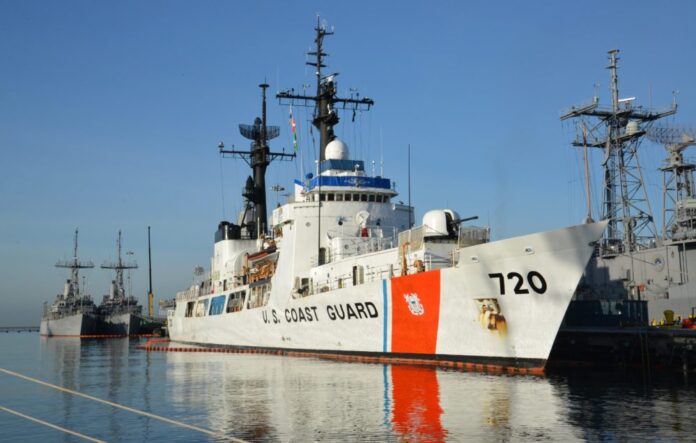 The Commander of the Navy Vice Admiral Sirimevan Ranasinghe officially took over the Ex-USCG “Sherman” into Sri Lanka Navy in a ceremony held at Honolulu, Hawaii, United States on Aug 27.
The USCGC “Sherman” is the second US Coast Guard Ship provided to SLN by the US government after a lapse of time where the initial vessel provided is presently serving as SLNS Samudura in the SL Naval fleet.
The USCGC Sherman is a 115m long ship equipped with state of art weapons and machinery. Once the ship is joined the SLN fleet, she will take the place as the largest platform to be held by the SLN. She will be utilized to patrol and surveillance missions in the deep seas around Sri Lanka providing the maritime security and assistance to search and rescue operations. She holds the record of confiscating the largest amount of Cocaine (17 tons) while she was serving in the USCG.
The ship was ceremonially decommissioned by Rear Admiral Haycock, Assistant Commandant Acquisition and Chief Acquisition Officer of USCG and she was took over by the Commander of the SL Navy, who handed over the command to Captain ArunaThennakoon, the designated Commanding Officer of the ship.
The designated Sri Lankan Navy crew of the ship is scheduled to undergo training on the ship an estimated 40 days of sailing across the Pacific and Indian Ocean before they take her home by early April 2019.