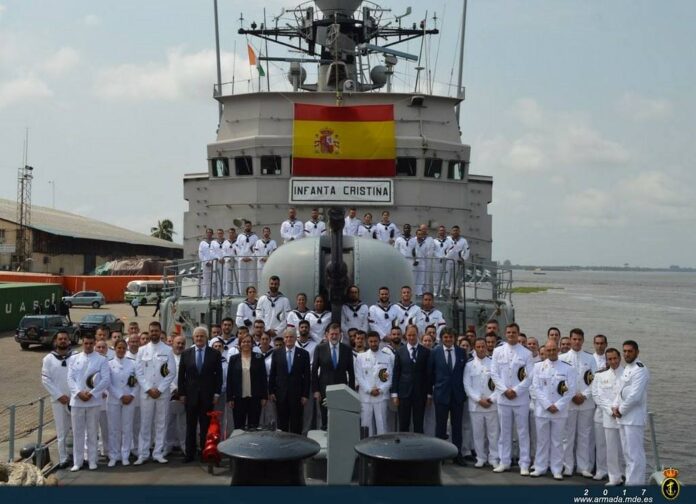 The Spanish Prime Minister, Mariano Rajoy, has visited the OPV ‘Infanta Cristina’ during a port of call of the ship in the port of Abidjan (Ivory Coast).

The Spanish Premier visited the patrol boat on the occasion of the 5th European Union-African Union Summit held in Ivory Coast.

Mr. Rajoy addressed the crew on the ship’s deck, thanking the endeavors of the Navy in this maritime security mission protecting Spanish interest in West Africa.

During this four-month deployment, the OPV ‘Infanta Cristina’, under command of Lt-Cdr. Juan Carlos Prada, has been engaged in several cooperation activities with other African nations helping them to enhance and improve their capabilities through joint training. The scheduled naval activities are intended to foster mutual knowledge and confidence and attain regional stability and security. 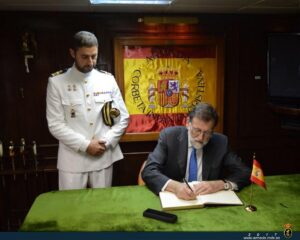 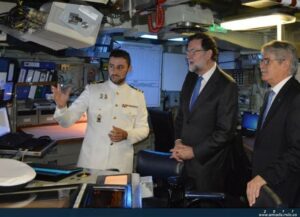