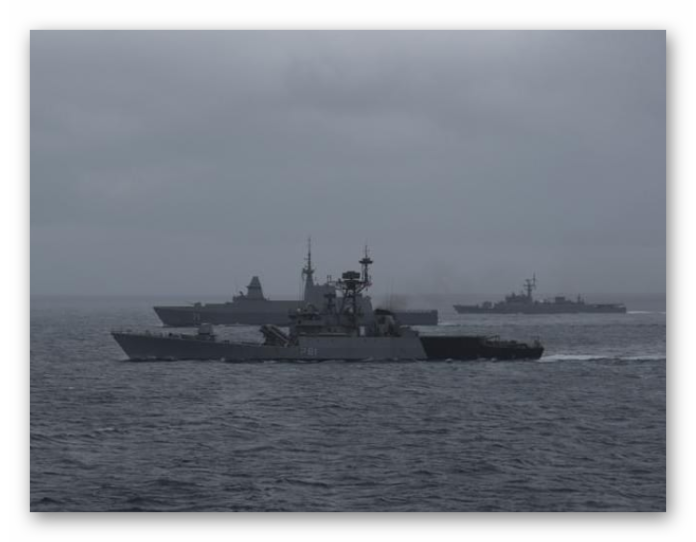 A maiden trilateral exercise named SITMEX-19, involving Republic of Singapore Navy (RSN), Royal Thailand Navy (RTN) and Indian Navy (IN), has kicked off on September 16 at Port Blair of India and is scheduled to last until September 20.

The exercise, hosted by India, comprises various components. Per official accounts of the exercise, it includes a shore phase held at Port Blair, which will involve exercise planning and professional exchanges, and a sea phase that features maneuvering, navigation, and gunnery drills, along with boarding operations, in the Andaman Sea. All in all, the exercise involves five ships from the three navies and roughly more than 500 exercise participants.

The five-day-long exercise is aimed at bolstering the maritime inter-relationships amongst navies of Singapore Thailand and India, and contribute to enhancing the overall maritime security in the region.

The exercise would also strengthen the mutual confidence amongst three navies in terms of interoperability and development of a common understanding of procedures.

At political look, SITMEX is a tangible demonstration of intra-Asian security networking at work in the Indo-Pacific region. More specifically, it illustrates that, despite the challenges that remain, India, along with other pivotal Southeast Asian states, continue to play an important role in operationalizing new instances of maritime collaboration, including in the Andaman Sea.