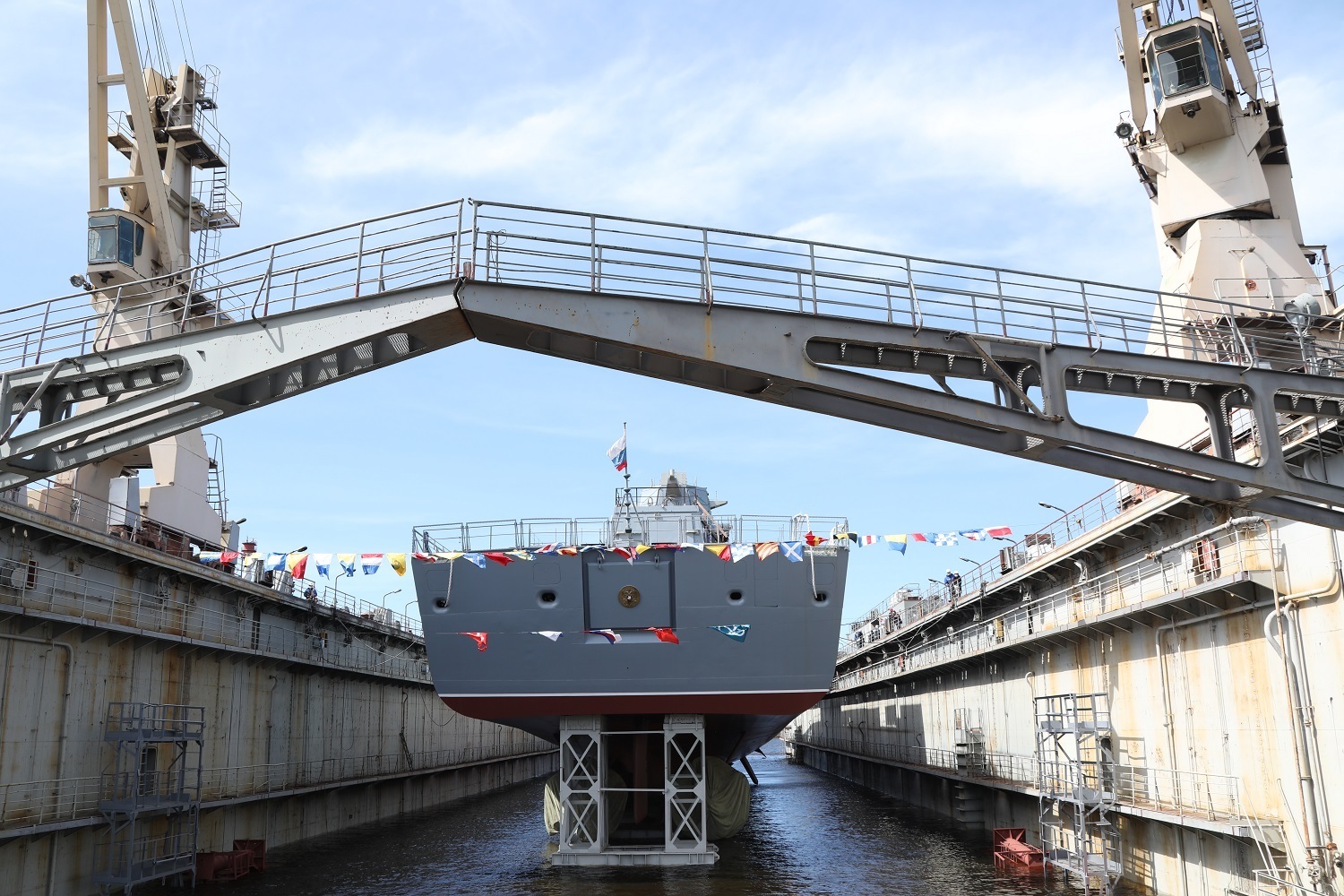 Harbour trials of the ship are scheduled for June 2021 with the manning to begin two months later. Sea trials are slated for the beginning of 2022. The ship is to join Russian Navy in autumn 2022.

The ship is named after Arseny Golovko (1906 — 1962), Commander of the Northern Fleet during the Great Patriotic War.

On April 23, 2019, the Severnaya Shipyard laid down two modernized Project 22350 frigates. Two more frigates are expected to be laid down soon.

Project 22350 frigates carry two Kalibr-NK and/or Oniks universal shipborne launchers of eight missiles each. The frigate Admiral Gorshkov is taking part in the trials of the Tsirkon hypersonic cruise missile.

Project 22350 frigates are expected to become the Russian Navy’s most advanced warships in their class. These frigates displace 4,500 tonnes and can develop a speed of 29 knots. In addition to Oniks and Kalibr cruise missiles, they are armed with Poliment-Redut air defense missile systems.

The Severnaya Shipyard is one of Russia’s largest shipbuilding enterprises, which builds advanced frigates.