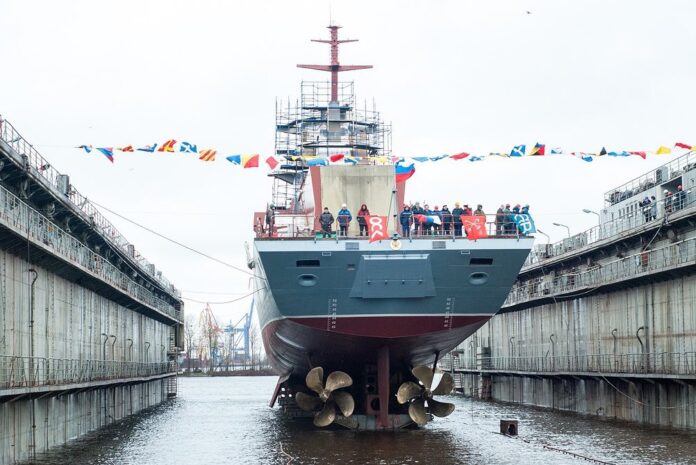 The Severnaya Shipyard (part of the United Shipbuilding Corporation) floated out the Project 20380 corvette Retivy, the Shipyard announced today (March 12, 2020)

The Steregushchiy class corvette is being built by the order of the Russian Ministry of Defense for the Black Sea Fleet. This is the fifth corvette being built at the Severnaya Shipyard under the project 20380.

The beginning of harbor tests is scheduled for the end of 2020.

Multipurpose corvettes of the project 20380 are designed to detect and destroy enemy submarines and surface ships. The ships are equipped with guns, anti-missile, anti-submarine, sonar and radar systems. The project provides for a hangar for the Ka-27 helicopter.

Check out the Naval Library to find our specifications of Project 20380 Class Corvettes.