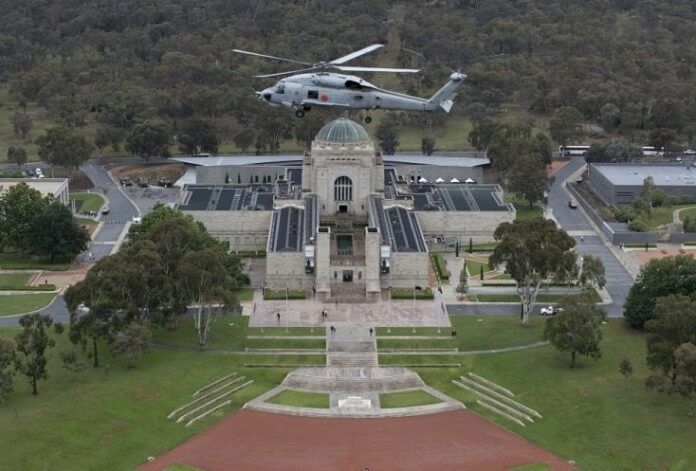 The Royal Australian Navy has marked the end of an era by handing over the last of its S‑70B-2 Seahawk “Bravo” helicopters to the Australian War Memorial for preservation in the national collection.

Minister for Defence Personnel and Veterans’ Affairs, the Hon Dan Tehan, said it was important milestone for the Australian Defence Force.

“The Bravo served with distinction in Operation Damask during the first Gulf War, Operations Relex and Resolute for border protection duties and most recently Operations Slipper and Manitou in the Middle East,” Mr Tehan said.

“The Bravo design has served our country for almost three decades in the demanding maritime environment, which is a testament to the quality of the helicopter and those who have maintained it and flown it.

“The Seahawk ‘Bravo’ has been replaced by the latest version of the Seahawk known as the MH-60R ‘Romeo’. Navy has now received 24 Romeos to replace the 16 Bravos.

“We are taking a quantum leap in technology as we upgrade to the latest Seahawks, but we will always remember the Bravos fondly as the aircraft that brought us into the 21st Century.”

Chief of Navy, Vice Admiral Tim Barrett, a pilot himself said the Seahawk had been a dependable aircraft and will always be respected by the Fleet Air Arm.

“The Bravo is one of the most reliable and capable maritime aircraft,” Vice Admiral Barrett said.

“Many of our pilots, air crews and maintainers have worked on this platform ensuring it provided 29 years of exceptional service to Navy. From the very beginning, these aircraft were operationally deployed and proved their value time and time again.

In addition to its physical preservation curators at the Australian War Memorial are undertaking an oral history project to record the stories and experiences of those who flew the Seahawk. 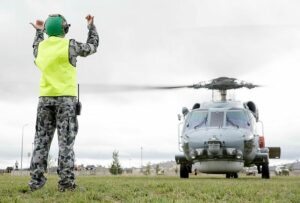