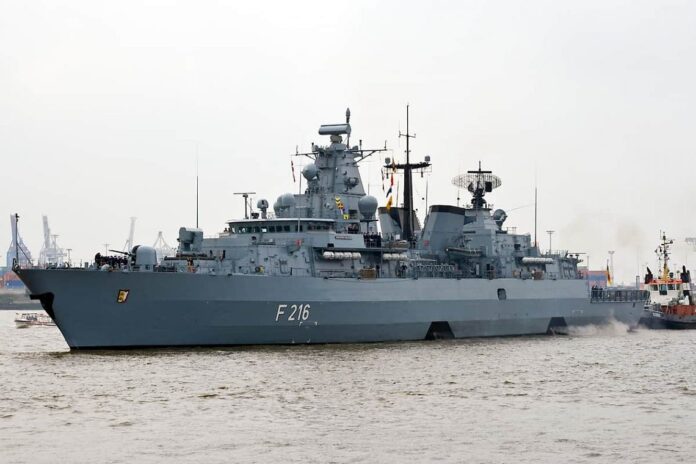 A fire broke out aboard the Schleswig-Holstein frigate of the German Navy on the Baltic Sea off Kiel on September 17.
According to the Deutsche Marine Blog, the Schleswig-Holstein frigate was forced to return to port after a fire in an electrical control panel on 17 September.
The crew was able to quickly bring the fire under control and extinguish it. However, as there was heavy smoke below deck, ten soldiers suffered smoke poisoning.
The damage has already been assessed and it will be repaired in Kiel and the frigate is expected to be ready to return to sea next week, the German Navy said.