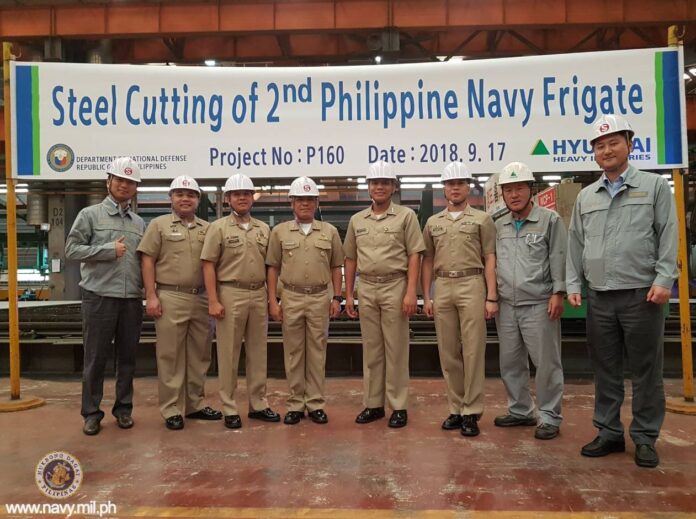 South Korean shipbuilder Hyundai Heavy Industries has held a steel cutting ceremony for the Philippine Navy’s second guided-missile frigate (P160) on Sept 17.
A ceremony was held at the Shin Hwa Tech in Pohang City, South Korea.
The keel-laying of the first frigate (P159) was held on October 16. It is expected to be delivered in 2020, while the second would be in 2021.
The contract for the two frigates was awarded to Hyundai Heavy Industries in October 2016.