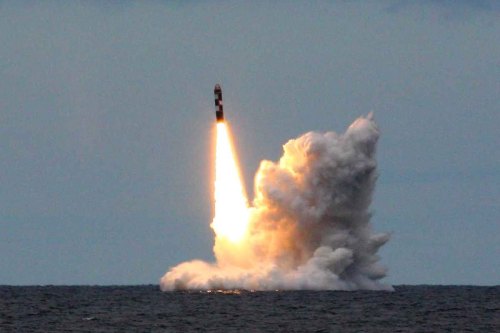 Russian nuclear-powered submarines of the 667BDRM Tula and 955 Yuri Dolgoruky projects fired ballistic missiles at the Kura range in Kamchatka and Chizha range in the Arkhangelsk region as part of combat training, the Defense Ministry said in a statement on Saturday (24th August).

“On August 24, in accordance with the combat training plan, the Sineva sea-based ballistic missile and the “Bulava” missile were successfully launched from the Tula and Yuri Dolgoruky strategic submarines,” the ministry said.

The ministry said that rockets were fired in the Arctic Ocean and the Barents Sea.

“The large-sized mock-ups of missile warheads completed the full cycle of the flight program and successfully hit training targets at the Chizha range in the Arkhangelsk region and the Kura range on the Kamchatka Peninsula,” the ministry said.

The ministryt noted that these firing confirmed the technical properties of ballistic missiles, as well as the performance of all missile systems on submarines.

The SS-N-32 “Bulava” is an intercontinental-range, submarine-launched, solid propellant ballistic missile. Alongside the SS-25 and the SS-27, both land-based ICBMs, the Bulava represents a core component of Russia’s future strategic nuclear force. Development of the program began in the 1990’s with official production contacts going into effect in the 2007-2008 timeframe. The Bulava was designed to be deployed onto Russia’s Borey-class ballistic missile submarines (SSBN’s), also referred to as Dolgorukiy-class or Project 955 submarines, which are capable of holding 12-16 missiles each.1

The SS-N-23 Skiff (R-29RM Shtil) is an intercontinental-range, submarine-based, liquid propellant ballistic missile. The Skiff was developed for the Delta IV ballistic missile submarine (SSBN), each of which is capable of carrying 16 missiles.