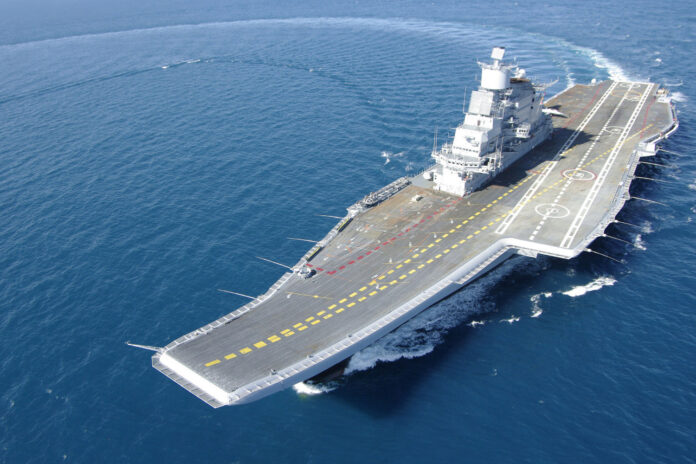 “At the customer’s requests, the Shipyard delivers the spare parts of instruments for the ship and is taking part in building the coastal infrastructure for repairing the aircraft carrier’s equipment,” the chief executive said on the eve of the enterprise’s 80th anniversary that will be celebrated on December 21.

The aircraft carrier Vikramaditya is a heavy upgrade of the Russian heavy aircraft-carrying cruiser Admiral Gorshkov. The work on the ship’s heavy upgrade was carried out at the Sevmash Shipyard. The flattop was delivered to the Indian Navy on November 16, 2013. The Vikramaditya displaces 45,000 tonnes and its air wing includes up to 20 MiG-29K/MiG-29KUB multirole fighter jets and up to 10 helicopters.