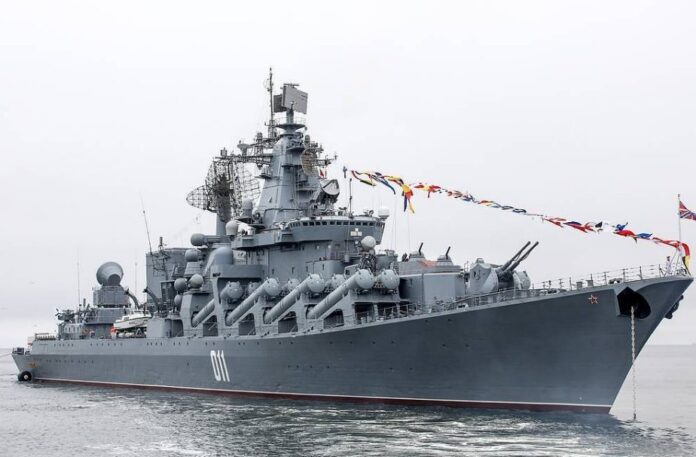 Russia continues to show existenc at Asia-Pacific region via its Pacific Fleet. A group of the Russian Pacific Fleet’s ships consisting of the Varyag missile cruiser and the Admiral Panteleyev large anti-submarine ship arrived to the main naval base of Thailand, Sattahip, the fleet’s press service released.

“Today a group of Pacific Fleet’s ships consisting of the Varyag guards missile flagship of the Nakhimov order and the Pechenga middle sea tanker under the flag of the Pacific Fleet surface ship group’s commander, has arrived on a business visit to the main naval base of the Kingdom of Thailand, Sattahip,” according to the statement.

Russian cruiser Varyag (Formerly-Chervona Ukraina), is the third ship of the Slava-class of guided missile cruisers built for the Soviet Navy now serving the Russian Navy. The vessel was launched in July 1983 and commissioned 16 October 1989. The warship joined the Pacific Fleet in 1990 and was listed as having only a caretaker crew up to 2002. The cruiser re-entered service with the Pacific Fleet in early 2008 after an overhaul.

The Admiral Panteleyev is an Udaloy-class destroyer (“large anti-submarine ship”) of the Russian Navy. Part of the Russian Pacific Ocean Fleet, it was deployed in 2009 as part of operations to combat piracy off the Somalian coast. The Udaloy has two helicopter hangars with doors that serve as a ramp to the flight deck. The Udaloy’s air-defence system consists of 8 Klinok launchers, and the AK-630 and AK-100 gun mounts.

The Russian ships are expected to stay in Thailand until October 20.

The group of the Pacific Fleet ships set off from Vladivostok for a three-month voyage on October 1.