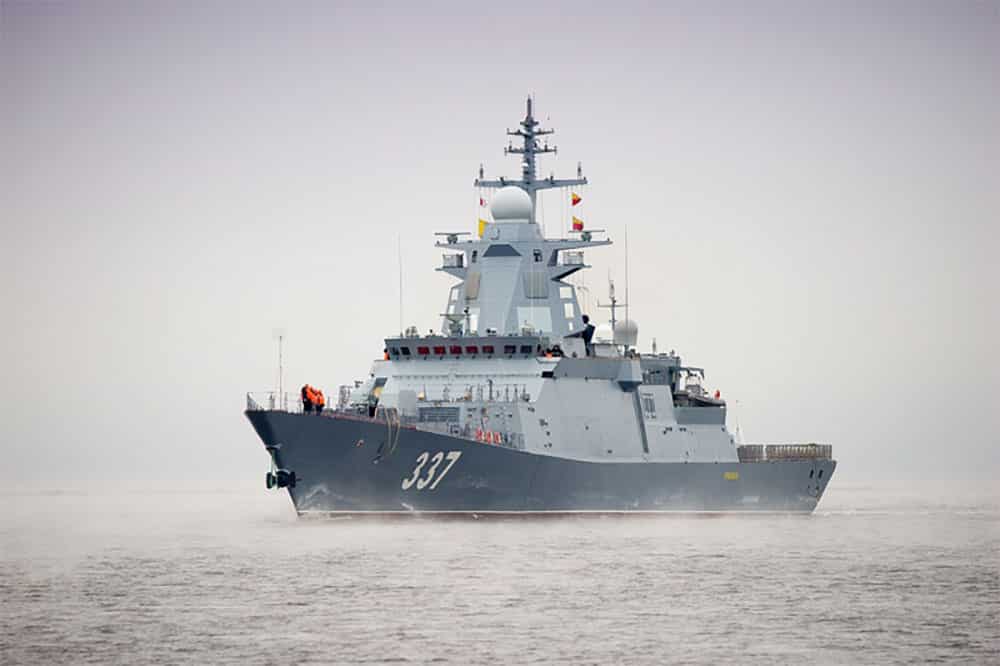 First of its class, the “Gremyashchiy” corvette completed its sea trials and its ready to join the Navy.

The project 20385 “Gremyashchiy” completed the sea trials in the Barents Sea and is preparing to move to the Baltic, the Russian Northern Fleet press service said on Monday (Jan 20).

In December, the ship performed test launches of the Kalibr and Onyx cruise missiles in the White Sea. Also earlier in the Barents Sea, she tested its A-190 and AK-630 guns against simulated aerial targets.

The Gremyashchiy class (Russian: Гремящий, lit. ‘Thunderous’), Russian designation Project 20385, is an advanced development of the Steregushchiy-class corvettes of the Russian Navy. The first ship , Gremyashchiy , was laid down on 26 May 2011 and the official laying down ceremony took place on 1 February 2012.