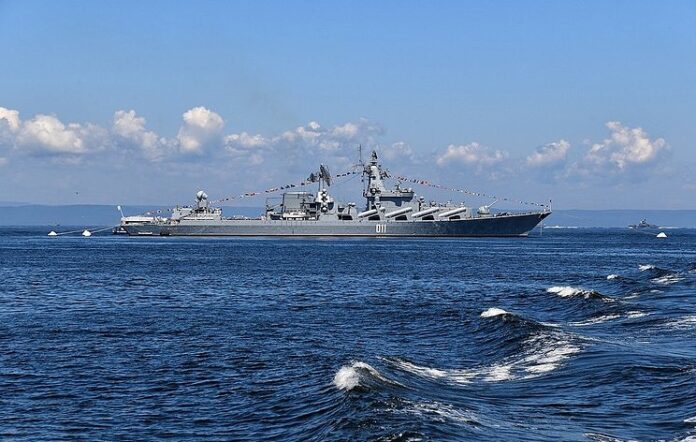 A strike group of the Pacific Fleet warships headed by the Varyag guided-missile cruiser has conducted drills with two units of small corvette anti-submarine warfare ships in the Sea of Okhotsk as part of the Vostok-2018 exercise, the Russian Defense Ministry told journalists today (Sept 14). The ministry specified that apart from the Varyag the strike group also includes the Admiral Vinogradov and Admiral Panteleyev large anti-submarine ships.
As many as 20 warships took part in the exercise, supported by ship-based aircraft.
The massive Vostok-2018 exercise is being carried out from September 11 to 17 under the command of Russian Defense Minister Army General Sergei Shoigu on the soil and in the waters of Russia’s Far East and in the neighboring waters of the Pacific Ocean. A total of about 300,000 servicemen are taking part in them, as well as more than 1,000 planes, helicopters and unmanned aerial vehicles, along with as many as 36,000 tanks, armored fighting vehicles and other cars, and up to 80 ships and support vessels.