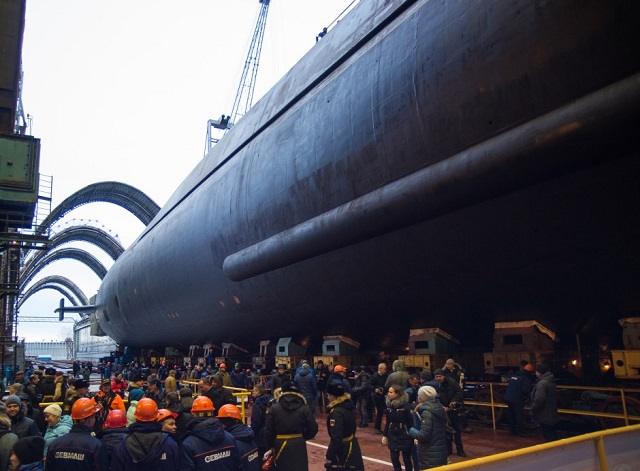 Russia is looking forward to improve its submarine force at next year. According to Russian defence press, the Russian Navy will receive six submarines, including four nuclear-powered subs in 2020 for the first time over the past 28 years.

The submarine Belgorod will enter service with the Defense Ministry’s Deep-Water Research Department without Poseidon underwater drones since their trials are still underway, the source specified.

In turn, the Admiralty Shipyard in St. Petersburg in northwest Russia will deliver two diesel-electric submarines to the Navy: the Project 636.3 submarine Volkhov and the first Project 677 serial-produced sub Kronshtadt, although with a standard rather than an air-independent propulsion power plant.

Russian shipbuilders are set to deliver two submarines to the Navy by the end of this year. Sevmash CEO Mikhail Budnichenko said in June that the Navy would get the Project 955A lead submarine Knyaz Vladimir (Prince Vladimir) by the end of 2019. In March this year, Admiralty Shipyard Head Alexander Buzakov said that the shipbuilders would deliver the first Project 636.3 submarine Petropavlovsk-Kamchatsky to the Pacific Fleet this year.

During the Soviet period, shipbuilders delivered more than 10 submarines to the Navy in some years. Specifically, in 1971, the Soviet Navy received 12 various nuclear-powered submarines alone from the defense industry.