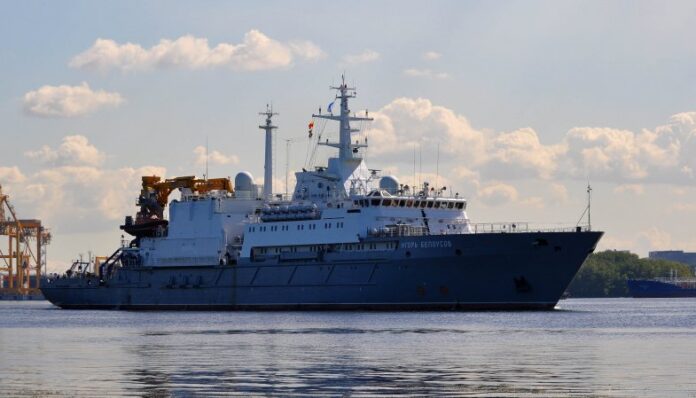 According to the reports of Russian Pacific Fleet on 19th November, the rescue vessel Igor Belousov will take part in the Russian-Vietnamese drills in the South China Sea in December for assisting the crew of a submarine in distress.

“In accordance with the 2019 plan of measures approved by Russia’s Defense Ministry for developing ties with the armies of foreign states, the Pacific Fleet’s rescue vessel Igor Belousov will take part in the joint Russian-Vietnamese exercise for assisting the crew of a submarine in distress lying on the seabed,” the press office said in a statement.

The rescue vessel’s crew is completing its preparations for the drills. Specifically, several day ago, the crew held an exercise at a combat training range in the Sea of Japan, during which the Project 18271 (Bester-1) submersible AS-40 made two dockings with a submarine mock-up at a depth of over 60 meters, the statement says.