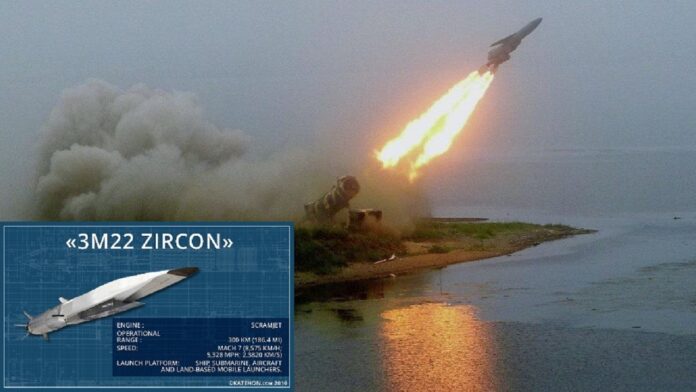 The Russian Navy is expected to be the first country that equip submarines with hypersonic cruise missiles.Excellent speed of the missile would probably help it to survive against modern air defense systems especially while striking time-critical targets.

The plan, originally reported by Russian sources in March this year and schedules the first test launch from a submarine at next year, is firing a “Zircon” type missile from the latest nuclear powered cruise missile submarine K-561 Kazan, which is already armed with subsonic and supersonic missiles.

Zircon can reportedly fly at speed of 8 Mach (means 8 times the speed of sound) with some estimates being even higher. To compare the Tomahawk cruise missiles carried by U.S. Navy and Royal Navy submarines fly at around Mach 0.75. But we don’t know how true this comparison is, because Tomahawk has some other kind of purposes.

Most of the submarine-launched cruise missiles fired at Syria have been subsonic Kalibr type weapons launched from smaller Kilo class diesel-electric submarines. The missiles are likely loaded aboard the submarines at Russia’s base in Syria. They then drive out into the Mediterranean, submerge, turn around and shoot the missiles back over their base into Syria. It’s almost a token effort, but it may have an impact on the export market for such weapons. Earlier this month another Kilo class submarine launched another variant of the Kalibr cruise missile. The twist: it wasn’t a Russian boat. Instead it was a submarine which has been exported to Algeria. Other export customers of Kalibr missiles include China, Vietnam and India.

The Zircon will be a significant advancement over Kalibr. Russia is planning a fleet of 8 sister-ships of Kazan to carry it and these will be joined by future attack submarines which will also be designed to carry the new missile. My analysis of Russian submarine building programs suggests that by 2030 Russia may field 8 submarines with Zircon missiles, and 17 by 2040.

Zircon is not the only ground-breaking weapon being developed by Russia. It is also developing the Burevestnik nuclear-powered cruise missile with virtually unlimited range, and the Poseidon nuclear-powered mega torpedo.