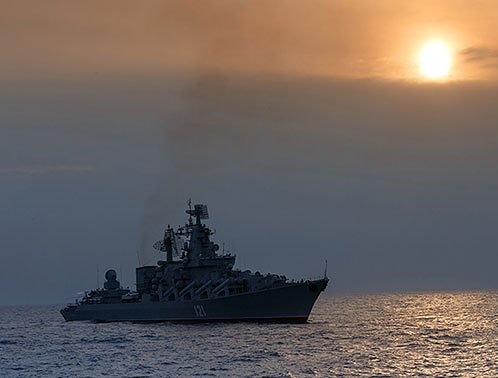 The Russian Navy during the operation in Syria carried out 189 strikes, in which 86 ships and 14 submarines participated. This was reported by the press service of the Russian Ministry of Defense. “On November 15, 2016, the first strikes by the fighters of aircraft-carrier Admiral Kuznetsov carried out” the Ministry of Defense said.
For two months the pilots of the cruiser carried out 420 sorties, including 117 at night.1252 terrorist targets were destroyed.
According to the Russian Ministry of Defense, during the operation in Syria, 1411 settlements were liberated. More than 96% of all territories returned under the control of government troops. In total, more than 63,000 Russian military personnel participated in the operation.