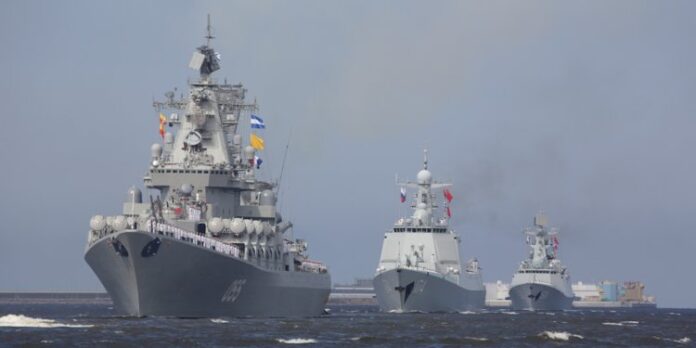 “It [the parade] will take place in St. Petersburg and Kronshtadt on July 28, on Navy Day, It will involve 43 combat ships and 41 aircraft furnished with the latest armament. More than 4,000 servicemen and Young Army Movement members will be involved,” the defense chief said.

Naval parades will also take place at the main naval bases of the Russian Fleets and the Caspian Flotilla in Severomorsk, Baltyisk, Sevastopol, Vladivostok and Astrakhan, and also in the Syrian port of Tartus, Shoigu said.

“Overall, more than 150 combat ships of various classes, about 80 planes and over 15,000 personnel are set to take part [in naval parades],” the defense minister said.

This time, 26 foreign delegations will attend the naval celebrations. China, India, Vietnam and the Philippines will send their combat ships to Russia’s naval parades, the defense chief said.

The military orchestras of Thailand and Vietnam will also take part in Russia’s naval celebrations. They will perform together with the consolidated orchestra of the Russian Navy.

It seems like that Russia is making power demonstration, and not alone.