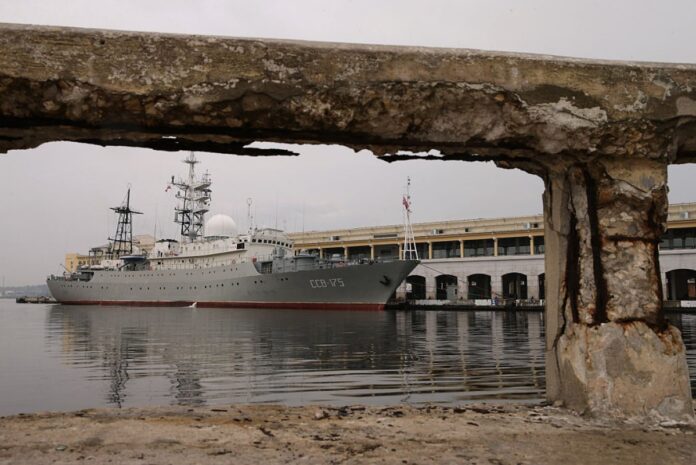 The intelligence ship of the Russian Navy, Viktor Leonov, arrived on the shores of Cuba, EurAsia Daily shared on 5th March.

The ship was at Trinidad and Tobago for replenishment in the first half of February, which is located in the southern Caribbean, off the coast of Venezuela.

The Viktor Leonov was accused by the American media with the claims of making unsafe manoeuvers off the coast of the United States. The reason for the claims was that a Russian watch officer did not turn on some navigation lights because of poor visibility and did not respond to requests from ships passing in the area.

The Victor Leonov has been regularly spotted off the US East Coast since 2015, in particular in March 2017 and January 2018. The Pentagon officials have admitted the close presence of the Russian intelligence ship as “legitimate”.