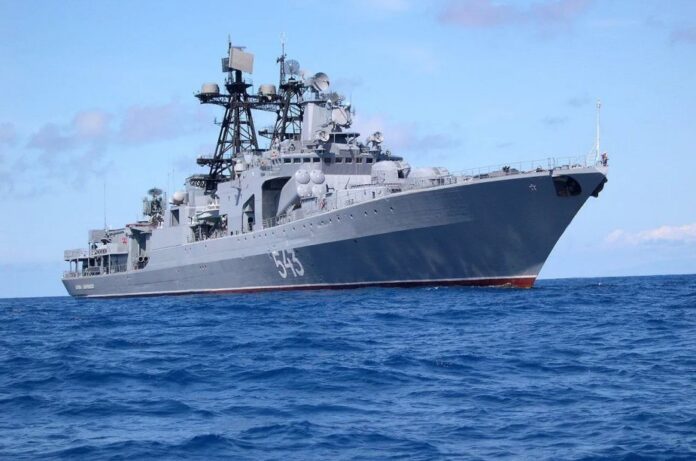 The Marshal Shaposhnikov frigate has test-fired the Kalibr cruise missile from the Sea of Japan that hit a shore target, the Russian Defense Ministry said on Tuesday.

“Today, the Pacific Fleet’s Marshal Shaposhnikov frigate in the Sea of Japan for the first time launched the Kalibr cruise missile on a surface target. As scheduled the missile arrived at the firing range in the area of Cape Surkum where it struck a shore target. The distance of the firing on the target exceeded 1,000 km,” the ministry stated.

The firing was ensured by vessels of the Pacific Fleet as well as aircraft and helicopters of maritime aviation, which closed a dangerous area for navigation as well as the airspace.

Marshal Shaposhnikov rearmed with Kalibr-NK cruise missiles during its upgrade deployed to the Sea of Japan for the second stage of shipbuilders’ sea trials on October 2020.

The Project 1155M large anti-submarine warfare ship ‘Marshal Shaposhnikov’ was laid down in 1983. During the modernization, it was qualified as a frigate. The upgrade has resulted in the integration of new artillery, Uran anti-ship missiles, and Kalibr cruise missiles.