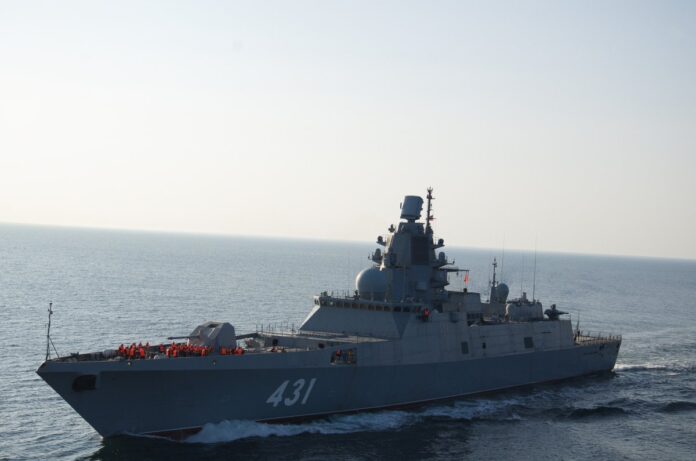 According to a press release by Russian Northern Fleet on 29th November, Project 22350 frigate Admiral Kasatonov has test-fired cruise missiles Kalibr and Oniks at naval targets in the White Sea.

“The launches were carried out under another phase of factory tests. The frigate fired one cruise missile Kalibr and one missile Oniks from the onboard launchers. Both missiles hit the targets,” the Northern Fleet’s press-service said.

The Admiral Kasatonov’s factory sea trials began on November 20 and will require several stages. The tests in the White Sea are to last for several more days.

The Admiral Kasatonov was designed at the Severnoye Design Bureau and built at St. Petersburg’s Northern Shipyard. In October, the ship made a voyage from the Baltic Sea to the White Sea for completing sea trials and government certification tests.

The 22350 project is a multi-functional combat ship capable of effectively fighting against surface, air and underwater enemy targets, as well as to hit ground and coastal facilities at a distance of more than 1.5 kilometers.