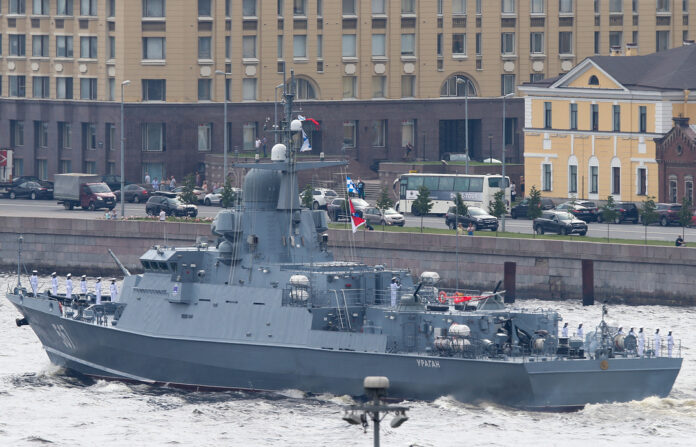 The developers of Project 22800 ‘Karakurt’ missile corvettes expect a whole group of countries, including Iran, to display their interest in the warship’s export version, CEO of the Almaz Central Marine Design Bureau Alexander Shlyakhtenko told on Monday (Aug 20). “In experts’ estimates, the Project 22800 ships can expect strong demand from a considerable part of our traditional partners in the field of military and technical construction.
These are countries of the Asia-Pacific region: Vietnam, China, India, and also Indonesia, Algeria, Iran and others,” he said.
The Almaz Central Marine Design Bureau is carrying out work jointly with Russia’s state arms seller Rosoboronexport and domestic shipyards for promoting the warship’s export version, the Project 22800E ‘Karakurt-E’, to foreign markets, he said.
Project 22800 ‘Karakurt’ warships displace about 800 tonnes and can develop a speed of over 30 knots. Their seaworthiness has been improved through the hull’s design and allows them to operate on the high seas. They are equipped, in particular, with Kalibr cruise missiles.