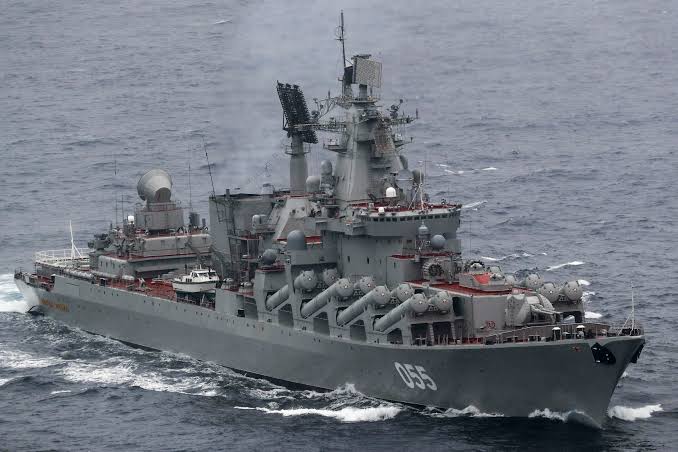 As a part of the oversea policy of Russia, the Northern Fleet’s missile cruiser Marshal Ustinov performing long-distance deployment missions in the Central Atlantic will call at Cape Town in South Africa in late November and hold joint drills with ships of the South African and Chinese navies, the Fleet’s press office reported on Thursday (14th November).

During the drills, “the Northern Fleet’s sailors will practice anti-piracy and anti-terror operations at sea jointly with their foreign counterparts, as well as measures to provide assistance to those in distress,” the press office said in a statement.

The missile cruiser is currently in the Central Atlantic where it met with the Northern Fleet’s medium sea tanker Vyazma and the rescue tug SB-406 to replenish fresh water and fuel supplies during its anchorage at sea.

The missile cruiser Marshal Ustinov left the Northern Fleet’s main naval base of Severomorsk on July 3 to take part in Russia’s main naval parade in St. Petersburg. After the parade, the cruiser’s crew took part in the Russian Navy’s Ocean Shield 2019 large-scale drills.

Over the period of two months, the warship held a series of exercises in the Mediterranean and visited Algeria, Egypt, Turkey, Greece and Cyprus. Since it embarked on its long-distance deployment, the missile cruiser has covered a distance of more than 23,000 nautical miles.