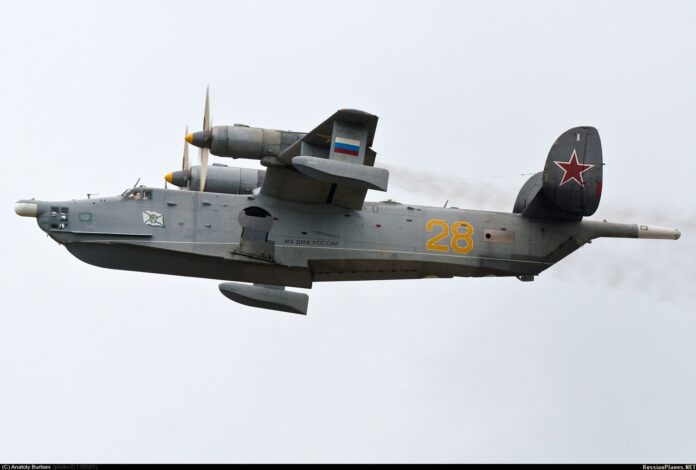 The Russian Navy begins the modernization of the Be-12 Chaika amphibious aircraft. Updated flying boats will become hunters of nuclear submarines: they will not only be able to detect, but also for a long time to monitor the latest submarines with nuclear power plants. The first modernized Seagulls completely replaced on-board equipment, a new sonar system, detection sensors and a magnetic anomaly detector, as well as improved depth charges and torpedoes, appeared.

The flying boat is considered the oldest aircraft in service with the Russian fleet. The Be-12 made its first flight back in 1960, and its production was completed in 1973. The machine was originally developed as an anti-submarine amphibious aircraft, which should conduct a search and fight against enemy submarines. New equipment will be able to give Seagull a second life, said the former chief of the Navy’s General Staff, Admiral Valentin Selivanov.

“This plane needs to be seriously modernized,” Valentin Selivanov told press. “He needs new motors and equipment, but the most important thing is modern and effective means of detection.” There is a point in such a rework. Planes are much faster than ships looking for submarines. In two to three hours, the pilot can explore half of the Baltic or Black Sea, which will take two or three days for an anti-submarine ship. The “Seagull”, based on the flight range, can be useful primarily in the Baltic, Barents, Black and Japanese Seas.

The Be-12 was actively operated in the fleet in both the southern and northern seas and earned the glory of simple and reliable aircraft among sailors, the expert noted.

For its time, “The Seagull” was the largest production amphibious aircraft in the world. The crew of the aircraft consists of four people – the commander, assistant, navigator and radio operator. A distinctive feature of the machine is a curved V-shaped wing of a characteristic shape, resembling a seagull in flight. Thanks to this design feature, it got its name.

The lower part of the Be-12 fuselage has fast ship contours so that you can land and take off from the water. It has not only excellent aerodynamic qualities, but it is able to overcome sea waves at high speed without burying its nose in the water.

The seaworthiness of the machine is also at altitude – it can be splashed and take off into a storm with a force of three points. Hatches and doors are sealed with special hoses, into which air is supplied immediately after the locks click into place. Amphibian can use ground airfields – for this it is equipped with a tricycle landing gear retractable into the body with a tail wheel.

A flying boat has a speed of more than 550 km / h, but during patrol it tries to adhere to a cruising speed of 320 km / h. In the patrol zone at a distance of 600 km from the base, the aircraft can barrage for more than three hours. The combat load of this machine is from 1.5 tons to 3 tons.

There are more than two dozen Be-12 weapon combinations that can vary depending on the situation. The aircraft carries search and destruction means for enemy submarines both in the internal compartment and on the external suspension. In his arsenal – buoys of detecting enemy submarines, as well as anti-submarine bombs PLAB-250-120 and PLAB-50, which are dropped on a detected submarine from a height of 50 m to 8 km.

But the main striking force of the aircraft is the self-guided torpedoes AT-1 and AT-1M, capable of finding a target one and a half km from the place of splashdown. There is also a modification of the aircraft, which provides for its armament with SK-1 Skalp nuclear anti-submarine bombs. Both without any problems “get” the enemy submarine at a depth of 500 m.

Submarine hunters acted not only in the border seas. In the 1960s, based in Egypt, they patrolled the Mediterranean Sea together with the 5th Squadron of Soviet Navy ships.