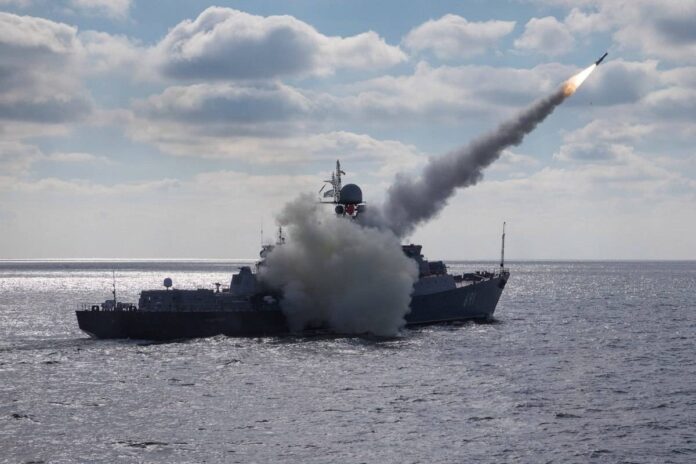 The Tatarstan missile ship, the Velikiy Ustyug small missile ship, and the Astrakhan small artillery ship of the Russian Caspian Flotilla, together with the Joushan and the Peykan missile boats of the Iranian Navy destroyed the mock enemy’s naval group during the Kavkaz 2020 international military drills, Russian Defense Ministry announced on 24th September.

“During the exercise, firing solutions and targeting were provided by the ships’ radio-technical onboard systems, as well as by the Caspian Flotilla’s coastal observation stations. The joint actions of the Flotilla ships and the Iranian Navy missile boats led to destruction of the mock enemy’s naval group,” the Ministry said.

On September 23, the two Iranian missile boats provided support to Russian Marines during a landing operation on the unprepared coast near the city of Zelenomorsk in Russia’s Dagestan.

The Kavkaz 2020 drills take place between September 21 and 26 in the Southern Military District, under the control of Russian General Staff head General Valery Gerasimov. The drills involve about 80,000 people, including Ministry of Emergency Situations and National Guard personnel.

About 12,900 servicemen will take part in episodes, covered by the 2011 Vienna Document on confidence-and security-building measures.

A total of 1,000 servicemen from six foreign states take part in the events.