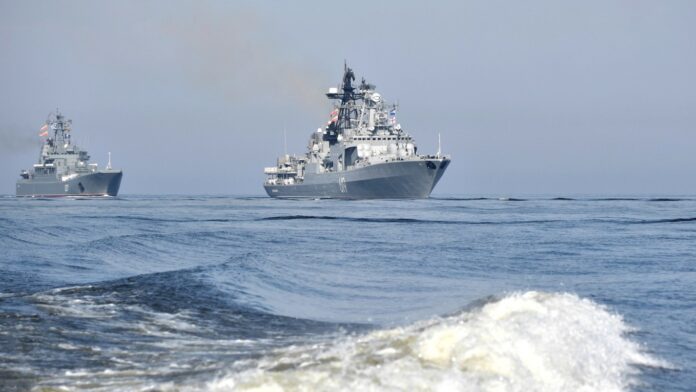 When Iran and Russia are in trouble with the US and the European Union (EU), Iran’s armed forces on Tuesday launched a joint naval drill with Russia in the north of the Indian Ocean to “enhance the security” of maritime trade television reported.

“The purposes of this drill are to enhance the security of international maritime trade, confront maritime piracy and terrorism, and exchange information,” he added.

The exercise context will be to rescue the burning vessel, release the attacked ship, shoot specific targets, and other tactical and operational practices for strengthening the security of international maritime trade and combating piracy.

In a statement on Monday, Russia’s Baltic Fleet said that three ships would take part in the drill.

According to Tahani, the Indian navy will also join the exercise to message “peace and friendship for neighboring and regional countries.” At the same time, Reuters claims that China will participate in the exercise based on the Russian Ambassador’s statement to Tehran. Iran, China, and Russia held a similar drill in the area in 2019, and the Islamic republic participated in “Caucus 2020” exercises held in Russia last September.

The first phase of the exercise has already begun on Tuesday with the firing at two predetermined targets at sea. Exercised has been directed on Iranian destroyer’Jamaran.’

The attack led Gulf countries and Western allies led by the United States to form an international naval security task force, known as Task Force Sentinel, to deter harassment and seizures in the Persian Gulf region. This exercise between Russia and Iran can be evaluated as a counter-response to the USA and the Gulf countries’ initiative.

The Iranian army said the exercises would also “expand bilateral relations” with Russia.