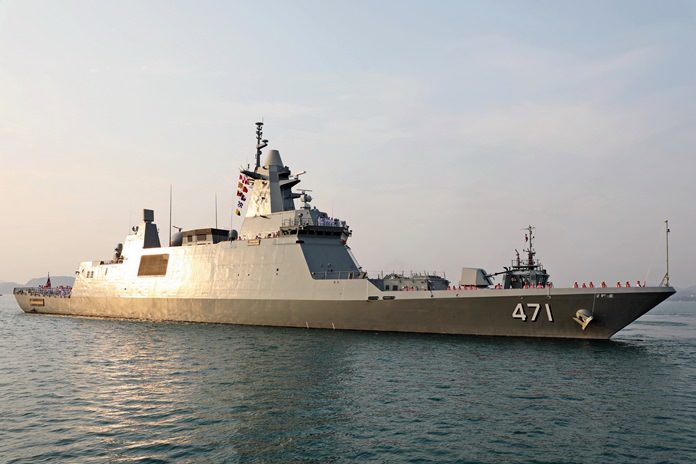 King of Thailand, accompanied by the Queen Suthida, presided over the launch ceremony and anointed the navy frigate HTMS Bhumibol Adulyadej, named after the late king and father of the current one, at Sattahip naval base in Chonburi province.

The 3,700-ton frigate applies stealth technology, deploys 141 sailors on board and can engage in sea surface defense, air defense and anti-submarine warfare.