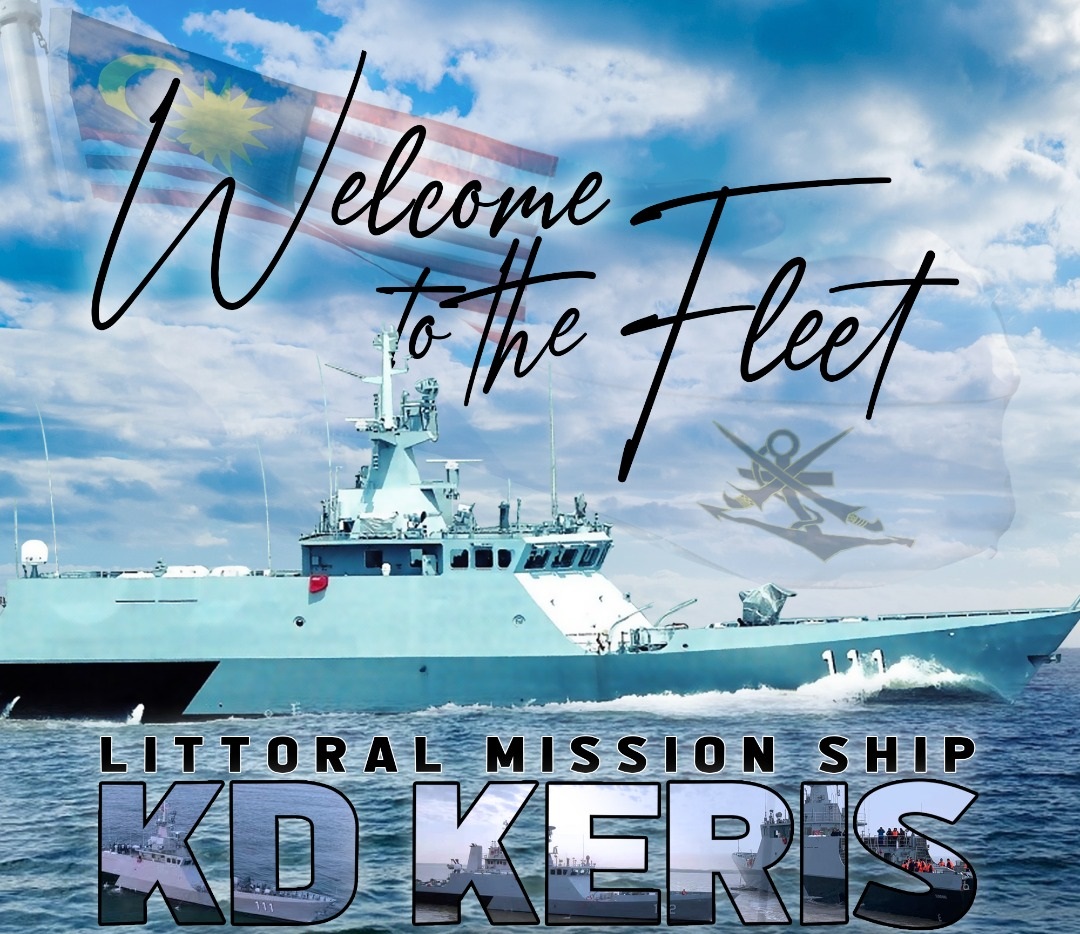 He says the additional asset will also raise the capacity to conduct patrols along the coastal areas, particularly along the South China Sea and raise the security of the national maritime community.

Additionally, the presence of KD Keris is also able to reduce the cost of operation and burden of operation of other ships, such as KD Baung, which has recorded 230 operation days without rest at sea prior to this, he adds.

Mohd Reza said this to members of the media after a ceremony to welcome KD Keris at Tambatan PTKK yesterday, where Yang Di-Pertua Negeri Sabah Tun Dr Juhar Mahiruddin officiated at the ceremony.

The acquisition contract for four LMS was signed between the Ministry of Defence with Boustead Naval Shipyard Sdn Bhd (BNSSB) on Mar 23, 2017, in collaboration with China Shipbuilding & Offshore International Co Ltd (CSOC).

The construction of KD Keris started on July 31, 2018 in Wuhan, China, and was launched by Normah Alwi, wife of Defence Minister Mohamad Sabu, on April 15, 2019.

Spanning 68m in length and 9.2m in width, KD Keris is capable of moving with a maximum speed of 22 knots.

The ship is manned by 45 crew members, who are headed by Commanding Officer, Commander Mohd Zulkarnain Mohd Rawi. The ship can operate 15 days at sea.

KD Keris was built on July 31, 2018 at Wuchuan Shuangliu Manufacture Base, Wuhan and launched by the defence minister’s wife, Normah Aiwi on April 15, 2019.

The physical handover ceremony of KD Keris to the Malaysian government was conducted by the Final Acceptance Committee on Dec 31 last year.

LMS is one of the 15 classes of ships in the fifth Armada 15 Royal Malaysian Navy’s transformation programme.

The contract to acquire four LMS was sealed between the Malaysia Defence Ministry with Boustead Naval Shipyard Sdn Bhd (BNSSB) on March 23, 2017, with the cooperation of the China Shipbuilding & Offshore International Co Ltd (CSOC).

The project was the first capital defence acquisition project from China and the second ship called KD Sundang is scheduled to be handed over by April, while the third and fourth ships will be delivered in May and August next year, respectively.

Meanwhile, PTKK will be receiving 12 Unmanned Aerial Vehicle (UAV) ScanEagle, which is funded fully by the US, through the Maritime Security initiative programme this year.