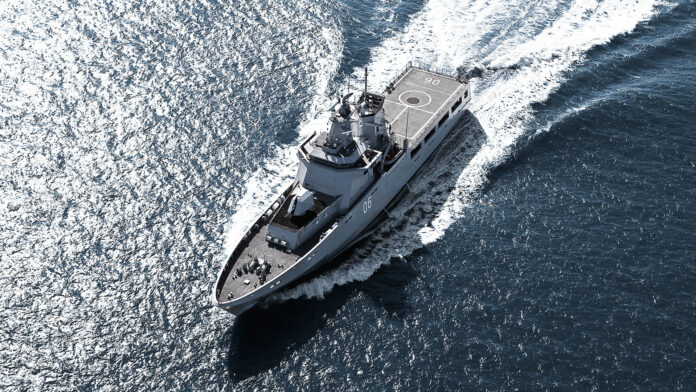 The much awaited announcement for the replacement to the current Armidale Class patrol boats was announced by Prime Minister Malcolm Turnbull at Russell Offices in Canberra today.
Lürssen was named as the prime contractor for the 12 new Offshore Patrol Vessels (OPV) with the Australian PV80 variant. It will be 80 metres in length with a displacement of 1700 tonnes and a draught of 4 metres.
The vessels will be fitted with a 40mm gun for self-protection, three 8.4m sea boats, state of the art sensors as well as command and communication systems. This will allow the OPVs to operate alongside Australian Border Force vessels, other Australian Defence Force units and regional partners.
The vessels will accommodate up to 60 personnel, including a crew of around 40 Navy personnel and have the ability to accept modular mission packs such as unmanned aerial systems.
The first ship is due to enter service in 2021.