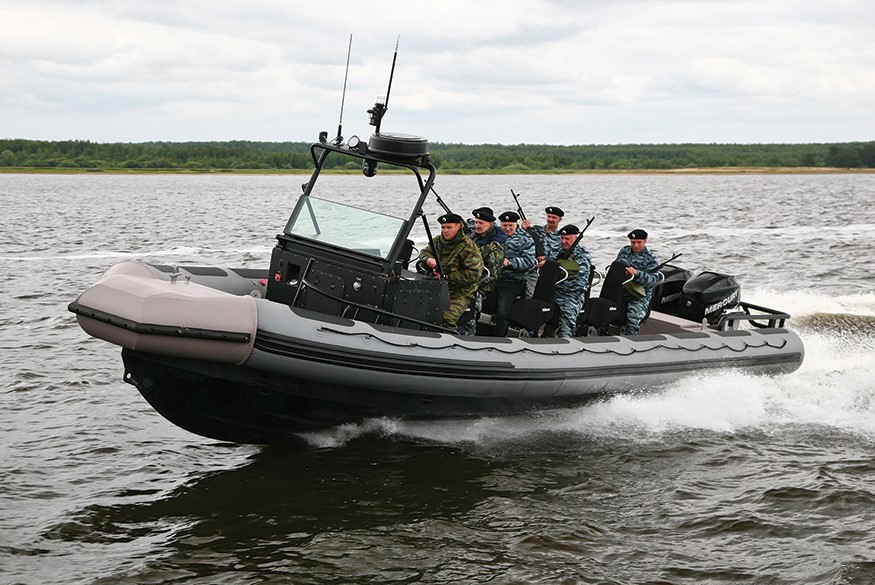 According to the press release of Russia’s state arms seller Rosoboronexport on 10th April, it has started implementing its first contract over the past 20 years to supply BK-10 assault boats to a Sub-Saharan African country.

“Rosoboronexport JSC (part of the Rostec State Corporation) has begun to carry out its first export contract recently signed with a foreign customer from Sub-Saharan Africa for the supply of Project 02450 fast assault boats BK-10 designed and manufactured by Kalashnikov Group, a Rostec member,” the press office said in a statement.

The contract signed “was the first document for the supply of Russian-made final naval products to Sub-Saharan Africa in the last 20 years,” the press office quoted Rosoboronexport CEO Alexander Mikheyev as saying.

“This is an undoubted success in fostering military-technical cooperation with the countries of the region that is strategically important for Russia. We have been working long and purposefully to develop relations with them and expand our African footprint, which now covers almost the entire continent. The Russia-Africa Summit and Economic Forum, held in Sochi in October 2019, gave a strong impetus to the growth of our cooperation and its transition to a new quality level,” the chief executive said.

Rosoboronexport is offering its partners the boat both as a final product and for licensed construction at the customer’s national shipyards, he added.

The Project 02450 fast assault boat BK-10 is designated for transporting personnel, landing troops onto an unimproved shore, providing fire support to forces ashore, fighting piracy and terrorism and rendering assistance to those in distress. It features high-speed performance and long operational range, according to the data posted on the Rosoboronexport website.

“Powered by two high-performance outboard gasoline engines, the BK-10 can reach speeds of up to 40 knots. With its large-capacity fuel tanks, the boat has a cruising range of up to 400 miles without refueling. It can carry up to 10 troopers and is equipped with a metal bow platform or ramp to facilitate landing on an unimproved shore. The boat provides comfortable accommodations for the troopers and the crew: it is fitted with high-performance shock-absorbing saddle-shaped seats which can be easily and quickly dismantled if required,” the statement says.

The BK-10 has an armored wheelhouse and a bullet-resistant windshield. Armored plates can be installed around the perimeter of the troop compartment to protect the personnel. Strong engine protection bars are installed. In addition, the boat has high firepower with up to four 7.62 – 12.7 mm machine-guns, which significantly expands its mission area in its class.

The BK-10 may be carried by all means of transport (road, rail, air, river and sea) and used as a waterborne platform.

“The BK-10 surpasses all its closest competitors on the world market in terms of range, troop capacity and firepower,” the Rosoboronexport chief stressed.