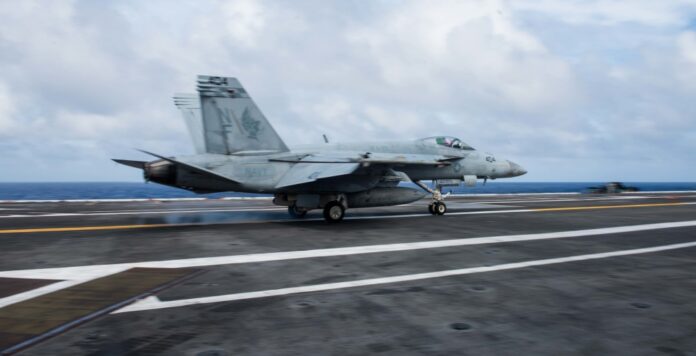 The ADEX was organized and planned by crewmembers aboard Antietam, the air defense commander for the Ronald Reagan Strike Group and Commander, Task Force (CTF) 70 staff.

The ADEX was designed to bring together maritime forces and build proficiency at complex task requirements with in depth cooperation across the strike group. The focus was to ensure maximum number of strike group warfare commanders were participating in order to identify scenes that expand on unit level training.

During the ADEX, the aircraft carrier USS Ronald Reagan (CVN 76) and Antietam worked together to train in warfare areas such as identifying aircraft, command and control, fires de-confliction and creating a common tactical picture with shared intelligence data.

The training helped keep the strike group and air wing’s skills fresh and better prepared them to work as a team in the event of real-world scenarios.